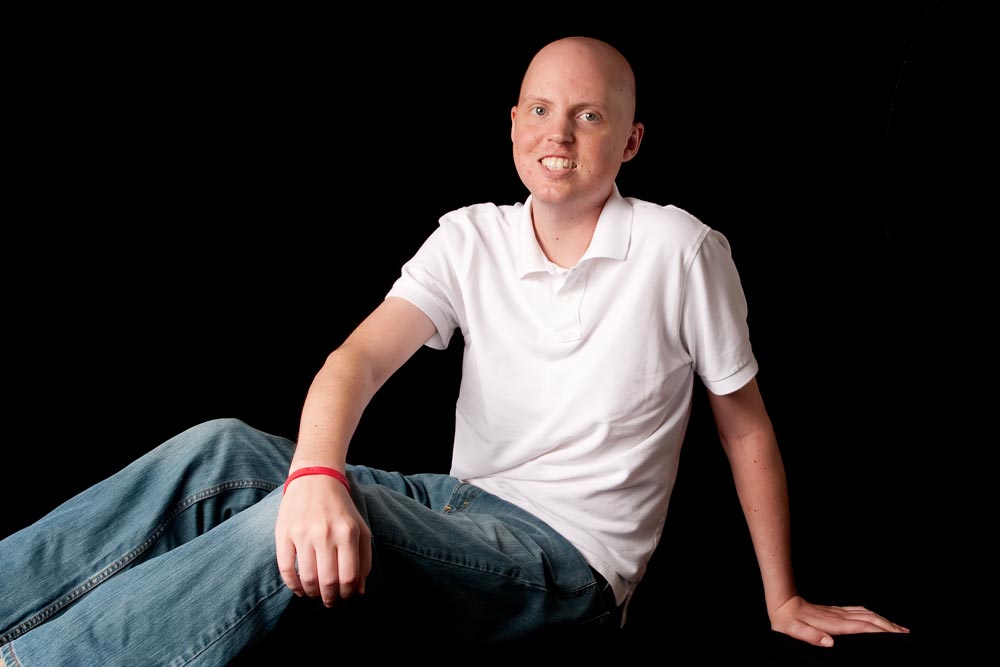 Rally Kid William was first diagnosed with medulloblastoma at the age of 14.

Medulloblastoma is a type of brain cancer that’s most commonly found in children.

“Medulloblastoma starts in the cerebellum, which is located in the back of the brain,” explained Rally-funded Researcher Dr. Jezabel Rodriguez-Blanco, Assistant Professor, Department of Pediatrics at the Medical University of South Carolina. “It is a fast-growing tumor that often compresses the ventricle that brings the protective cerebrospinal fluid to the brain.

The cerebellum is the part of the brain that controls balance, coordination, speech and other motor functions. Medulloblastoma can spread through the fluid that surrounds your brain, called cerebrospinal fluid (CSF), and affect the areas around the brain and spinal cord. Rarely does it spread to other parts of the body.

“Medulloblastoma has been one of the most molecularly interrogated pediatric tumors,” said Rally-funded Researcher Dr. Vidya Gopalakrishnan, Ph.D., Associate Professor of Pediatrics at The University of Texas MD Anderson Cancer Center. “Over the last few years, in-depth molecular analyses of patient tumors have provided a better understanding of tumor biology. This has also identified four major subsets of medulloblastoma with distinctive molecular and clinical characteristics.”

Medulloblastoma is grouped into four subtypes:

Signs and Symptoms of Medulloblastoma

Rally Kid Tori was diagnosed with medulloblastoma after suffering from headaches, hot flashes, nausea, vomiting and dizzy spells. William—the original Rally Kid and the inspiration behind Rally Foundation—experienced impaired vision one day when he was in middle school. He described it as a private solar eclipse; everything was light, then dark and then light again.

“Clumsiness in fine motor skills, like writing, is often seen,” explained Dr. Gopalakrishnan. “Infants usually presents with abnormal eye deviations. When these tumors spread to the spine (in about 15% cases), they may have, in addition, backache, disturbances in bowel and bladder and difficulty in walking.” 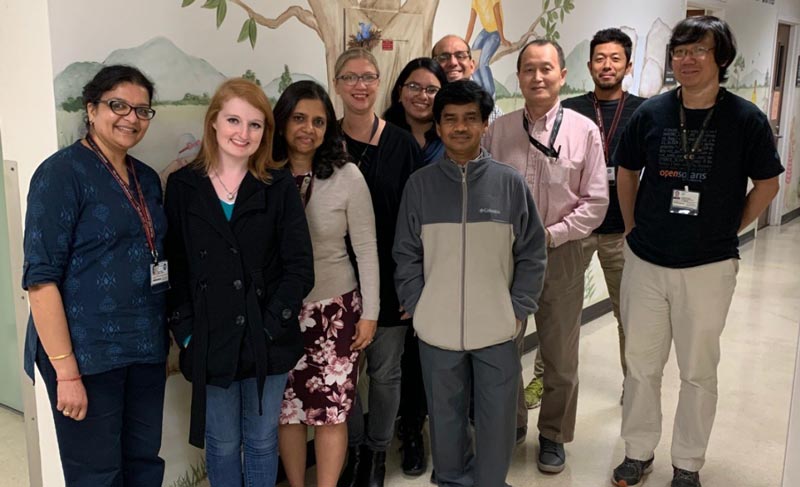 Dr. Gopalakrishnan and her team of researchers at MD Anderson Cancer Center.

The prognosis for medulloblastoma is generally good. If the cancer hasn’t spread, survival rates hover around 70-80 percent; if the disease spreads to the spinal cord, that number drops to about 60 percent. Treatment involves surgery to remove the tumor as well as radiation and chemotherapy.

“The medulloblastoma standard of care includes surgery, followed by radiation of the brain and spinal cord and then chemotherapy,” Dr. Rodriguez-Blanco explained. “Although most medulloblastoma patients will overcome their disease, current treatments are associated with detrimental side effects including neurocognitive impairments, mutism, hearing loss, growth failure, endocrine abnormalities, cataracts and fertility problems as well as secondary malignancies that arise later in their lives.” 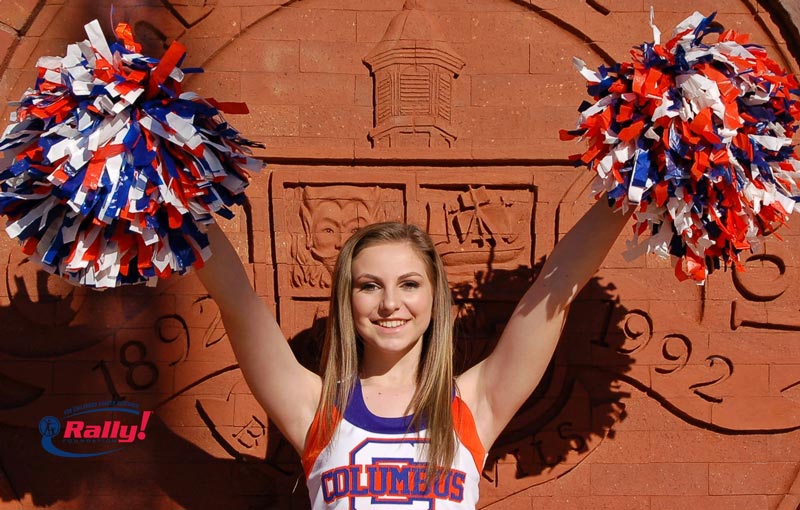 Rally Kid Tori beat her brain tumor, but she is dealing with multiple treatment side effects. As a teenager, she is already having to visit a fertility specialist.

“There is considerable interest in identifying less toxic therapies for treating medulloblastoma patients,” continued Dr. Rodriguez-Blanco. “For example, physicians are working towards limiting the amount of radiation or not using it at all for patients considered low-risk, using proton beams instead, offering stem cell transplantation prior to radiation or making use of more targeted drugs. Moreover, despite treatment, a number of patients will suffer from relapses which are, in most cases, fatal. Novel treatments specifically designed to treat these high-risk medulloblastoma patients are therefore urgently needed.”

William fought through several relapses after the cancer spread to his spinal cord. Following a courageous 11-year battle with childhood cancer, William passed away. Years of harsh treatments had taken their toll on his body, and he died from massive infection while battling his third relapse. 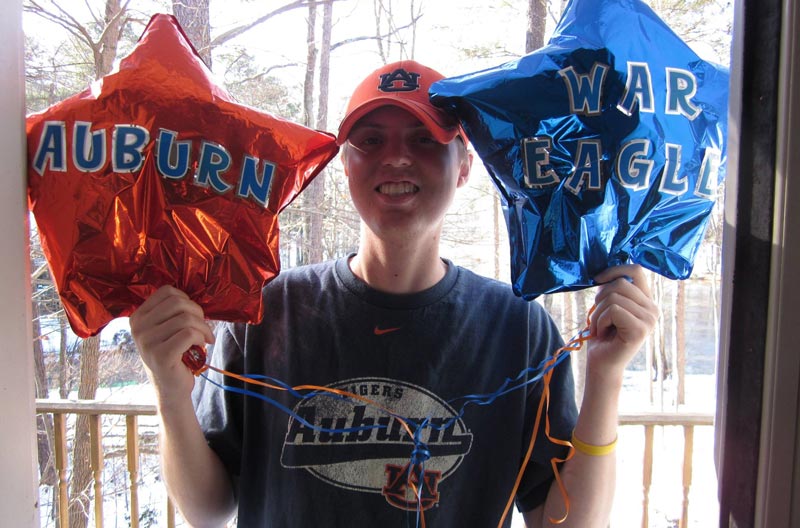 The year before he passed away, William graduated from Auburn University with a degree in chemical engineering.

“Though survival rate has improved…long term effects are a major concern,” said Dr. Gopalakrishnan. “Another major challenge has been unpredictable disease relapse despite uniform treatment.”

Since 1953, doctors began administering routine craniospinal radiation to medulloblastoma patients, increasing survival up to 60 percent. It then took almost 20 years to see improvement in the survival of these children, which was achieved by adding chemotherapeutics to their standard of care.

“Chemotherapy increased the survival for average-risk patients to 70-80 percent and that for high-risk ones to 60-65 percent,” said Dr. Rodriguez-Blanco. “Surprisingly, these survival numbers have not changed much since the 1970s. In order to beat such survival rates, emerging genomic technologies have been recently used to classify this disease. Such classification has ushered in a new era for the clinical management of medulloblastoma patients, as it allows us to adjust treatments accordingly to its disease risk and to better stratify clinical trials.”

“Thanks to the molecular classification of medulloblastoma and all research advances that came along with it during the last ten years,” she continued, “many clinical trials are currently underway. Identification of WNT subgroup medulloblastoma as a low-risk disease triggered a number of trials studying the effect of reducing both radiation and chemotherapy doses in these patients. Inhibition of Sonic Hedgehog signaling in the laboratory and in the clinic has proven efficacy in blocking the growth of Sonic Hedgehog subgroup medulloblastoma.” 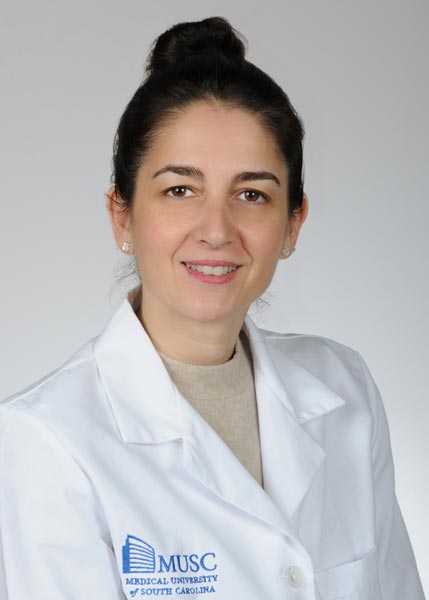 Dr. Rodriguez-Blano concluded, “Despite these breakthroughs, some of these patients develop resistance to treatment within time. Hence, pre-clinical and clinical research efforts are now focused on finding alternative ways to target this pathway. Recent works suggesting the role that epigenetic modulation has in controlling the growth of certain types of medulloblastoma has also endorsed several trials.”

Join the Fight Against Medulloblastoma

Dean and Reid Crowe founded Rally because of William, in hopes that no other child or their family would have to endure what William and his family had. As researchers like Dr. Rodriguez-Blanco and Dr. Gopalakrishnan continue to discover breakthroughs that could be life-changing for kids like Tori and William, they need our support more than ever.

“Loco-regional infusions of drugs (directly into tumor sites) or by slow delivery using convection delivery techniques, are being actively studied to minimize the risk for secondary malignancies stemming from high dose chemotherapy,” Dr. Gopalakrishnan shared. “These advances provide optimism that in the future recurrences can be minimized or better managed. Quality of life is also expected to be better for these children.”

“Overall, the 91 currently active trials in medulloblastoma patients prove that a better understanding of this disease has the potential to increase the survival of these patients while reducing long-term side effects.” – Dr. Rodriguez-Blanco

Help us pave the way for the next great discovery in medulloblastoma research! Make a donation today in memory of kids like William and in honor of kids like Tori.