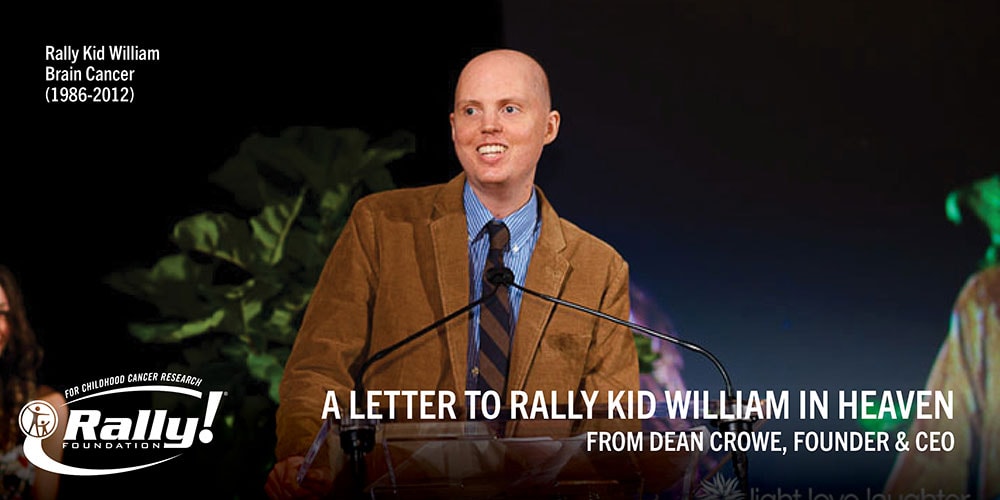 There are so many memories. So many. You were the inspiration for Rally. The first Rally Kid.

Your driveway was the prayer circle driveway. The driveway where, every Monday, Wednesday and Friday morning at 9:30, God took a minimum of six to as many as 15 women on an unbelievable journey to pray you and your family through your first relapse with medulloblastoma—a pediatric brain tumor.

From your driveway to your hospital room, Rally Foundation for Childhood Cancer Research was birthed. Rally was never about one kid, one type of pediatric cancer. From the very beginning it was about all kids fighting cancer, no matter what type and funding the best research wherever that might be. Rally truly emulated the Three Musketeer cry of “One for all and all for one!” 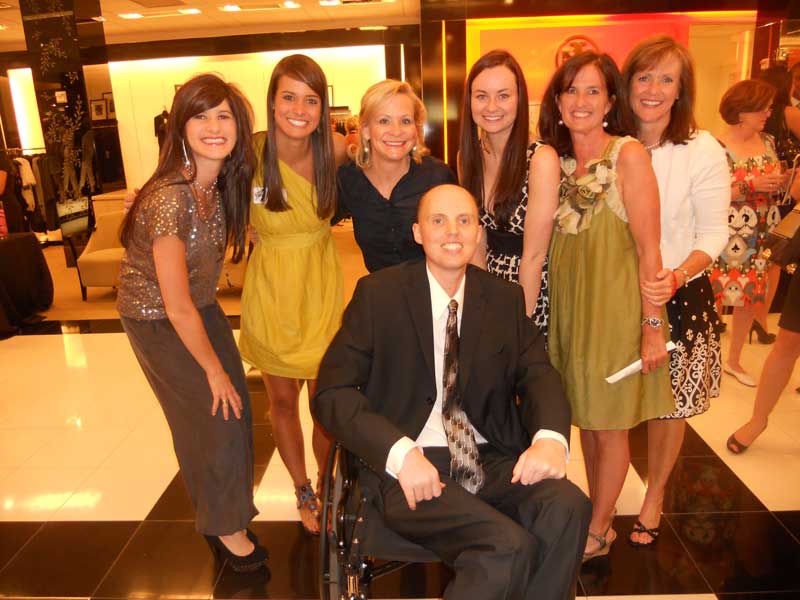 It is hard to believe you have been gone nine years—that nine years have passed since I was on the phone with Reid, and he was telling me what a great conversation the two of you had about life and heaven. He was assuring me that it was fine to wait until tomorrow to go visit you. I remember Peggy buzzing in, in a panic, and telling me, “I think this could be it. I think William may be dying.” I assured her that wasn’t the case, because Reid had just left the hospital and I was actually talking to him on the other line.

I was baffled and asked Peggy where she was getting her information. I’ll never forget her answer: “Nancy. Will’s mom.”

The world just stopped. It was like being underwater. I clicked back to Reid and asked him to come straight to Rally. Then your Mom called. She was racing to get back to you at the hospital. We prayed and talked as she drove. She said, “Don’t hang up” and I assured her that I wouldn’t.

I remember she pulled up to the front of the hospital and threw her keys to Peggy who was waiting. Trying desperately to make it to you, she got in the elevator, walked into your room and screamed. My heart sank. Then I heard the doctor say, “If you want to talk to him, now is the time and make it quick we’re headed to ICU.” I breathed a sigh of relief, thanking God that you were still with us and that your mom was there. 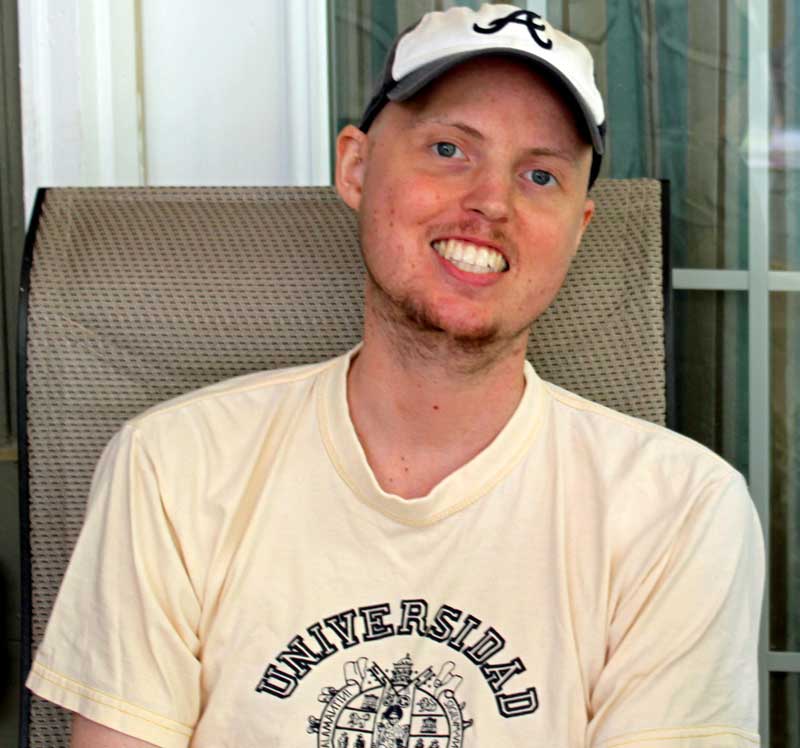 Reid arrived at Rally and I picked up my purse and walked straight out the door. I didn’t say a word to anyone. I couldn’t.

We drove in silence to the hospital, went to ICU and waited with your parents along with your sister, Claire, Peggy and a few others. The doctor came out and we all thought we knew what he was going to say—that your brain cancer had spread like wildfire. Instead, he said your cancer was stable and then listed off about 20 major things that were wrong with your body.

I remember just shaking my head in total disbelief that so much could be wrong with someone so young.

We went home and waited for the call. It came early the next morning. Your 11-year battle with pediatric brain cancer—medulloblastoma—was over. You were now living where you and Reid had just talked about less than 24 hours before. You were healthy and whole. We were heartsick and shattered.

May is Brain Tumor Awareness Month and I guess in some random way it is fitting that you died on May 2. Actually, no, it isn’t fitting at all. You should be here with us. You should be 33 years old, working as an environmental engineer, married and maybe even have a kid or two. You should be spoiling Claire and George’s daughter—your niece, Louise—whom you would adore. I guess you would have a dog, but we don’t need to talk about that!

There are so many memories and so many more that will never be made. I really hate cancer. And I hate it extra in kids.

Here are a few of my favorite memories, in no particular order:

There are so many more memories, and we should have made even more, but that will not happen this side of heaven. I am forever grateful for the hope of heaven.

We just gave $2 million to fund pediatric cancer research across America and internationally bringing the our total of grants made to $22 million. And although Rally is all about all kids, and all the different types of pediatric cancers, every time we fund brain cancer research, I wonder if it would have worked for you. To date we have funded $5.7 million specifically for all the horrific childhood brain cancers.

We miss you, love you and will Rally On for you and all kids fighting the cancer beast!