What is Wilms Tumor? 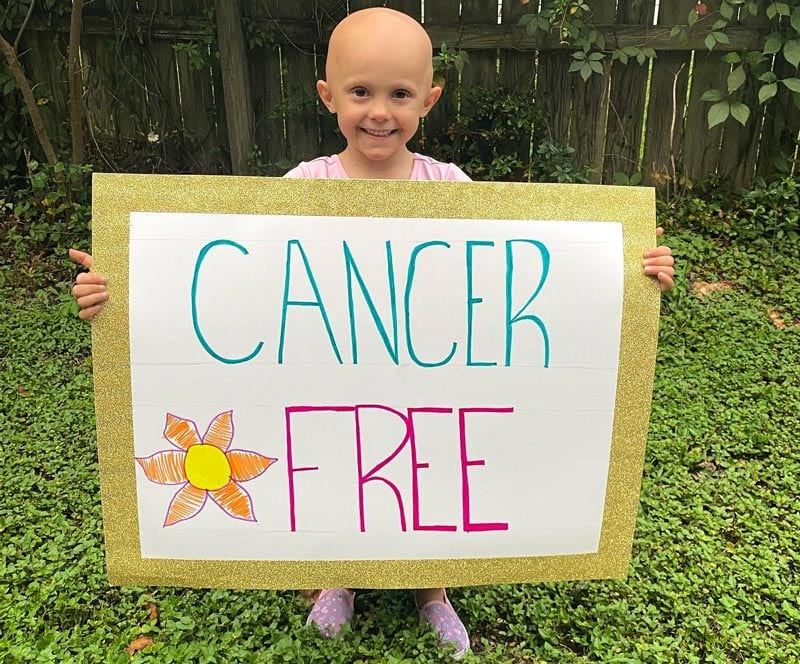 Rally Kid Paislee was diagnosed with Wilms tumor a few months shy of her fourth birthday. This strong little girl didn’t let cancer get her down!

There are two types of Wilms tumors that are classified by their histology, or how they look microscopically: favorable histology and anaplastic histology.

A Wilms tumor with favorable histology means that, while the tumor isn’t normal, the cells aren’t too large or distorted and the patient will typically have a better prognosis.

Anaplastic histology means that the cancer cells vary greatly and have large, distorted nuclei. This is called anaplasia and is harder to treat than tumors with favorable histology.

Signs and Symptoms of Wilms Tumor

Common signs and symptoms of Wilms tumor are masses in the abdomen and abdominal swelling or pain. Patients may also experience fever, constipation, nausea/vomiting, loss of appetite or blood in the urine.

“Most children look healthy when they present with Wilms tumor,” explained Rally Medical Advisory Board Member Dr. Jeffrey Dome, the Vice President of the Center for Cancer and Blood Disorders, Division Chief of Oncology, and Associate Director at the Center for Cancer and Immunology Research at Children’s National Hospital. “The most common symptom is an enlarged abdomen, which is often detected by a parent, grandparent or pediatrician. Some patients have abdominal pain, blood in the urine or high blood pressure.”

Rally Kid Paislee’s symptoms, for example, appeared as severe constipation back in September of 2019. Mom Audrey took her daughter to the ER, only to learn that Paislee had masses in both her stomach and lungs. From there, Paislee was transported immediately to a children’s hospital, where doctors ultimately discovered a Wilms tumor on her kidney.

Wilms tumor is typically very treatable with a 90% survival rate in cases of favorable histology. Treatment usually starts with surgery to remove part or all of a kidney and any surrounding tissue if necessary. Chemotherapy and radiation are also used to treat Wilms tumor.

“A major challenge is getting the appropriate information about the tumor up-front so that the best treatment plan can be developed,” said Dr. Dome. “Accurate tumor staging, histologic diagnosis, and, most recently, assessment of genetic changes in the tumor, are critical to developing a treatment plan that includes an amount of therapy that is ‘just right.’” 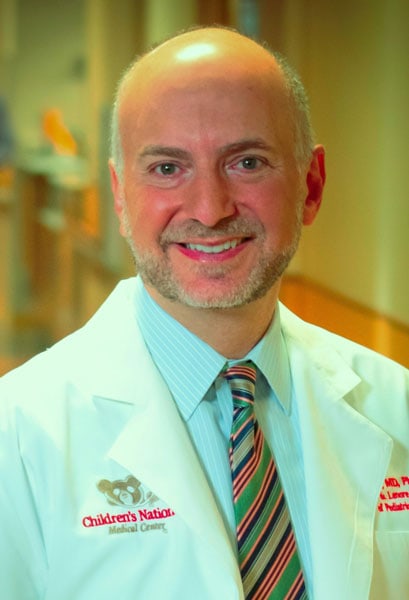 Dr. Jeffrey Dome is a member of the Rally Medical Advisory Board.

“The successful treatment of Wilms tumor requires a team effort, with collaboration among oncologists, surgeons, radiation oncologists (if radiation therapy is needed), nurses and support staff such as social workers and child life therapists,” Dr. Dome continued. “I think it is important that families feel comfortable with their entire team and not be shy about seeking a second opinion if they have unanswered questions.”

There have been a number of exciting advances in the treatment of Wilms tumor, including the unprecedented ability to assess a patient’s risk of recurrence based on a combination of factors including tumor stage, histology, patient age, genetic characteristics of the tumor and response to chemotherapy. 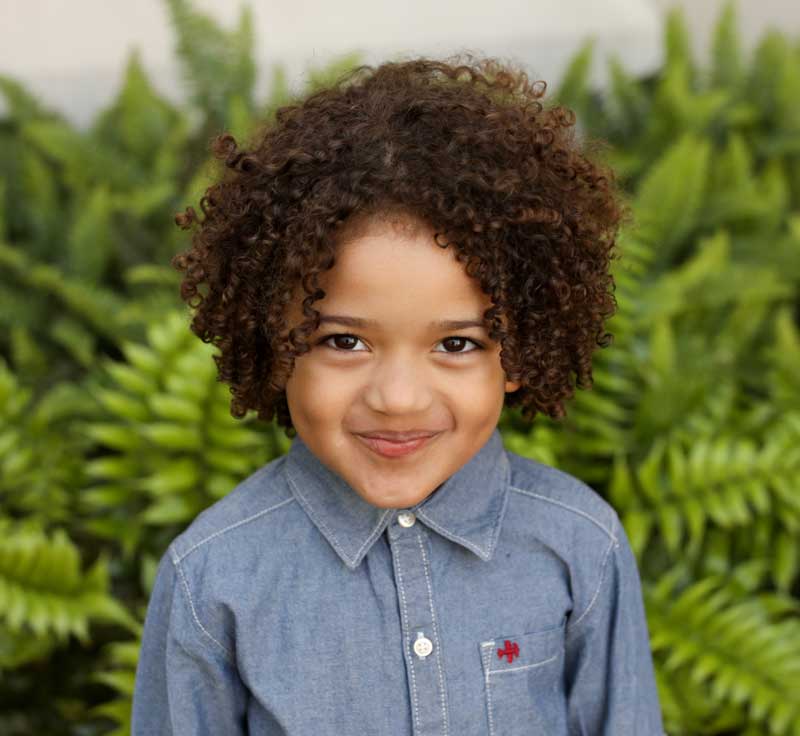 Rally Kid Josiah was diagnosed with Wilms tumor when he was only 16 months old. He endured three surgeries, 25 rounds of chemo and 10 days of radiation. After losing his hair during treatment, he is now very attached to his curls!

“We have truly entered an era of precision medicine for Wilms tumor,” said Dr. Dome. “For patients with a low risk of recurrence, we have been able to reduce, or even eliminate, chemotherapy and radiation therapy. For patients with a high risk of recurrence, we have shown that additional chemotherapy drugs can improve survival. We also have a much greater understanding of the biology of Wilms tumor. Several new Wilms tumor genes have been discovered in the past few years; the challenge is now to translate those discoveries into novel treatments.”

When it comes to Wilms tumor research and clinical trials, Dr. Dome encourages families to inquire about participating. “It is through research that we have realized such incredible advances in the treatment of Wilms tumor and participating in research can improve the quality of care,” he said.

Despite advancements in clinical research, there is still much work to be done. With your support, we can continue funding the vital research needed to move forward with better treatments and, one day, a cure. 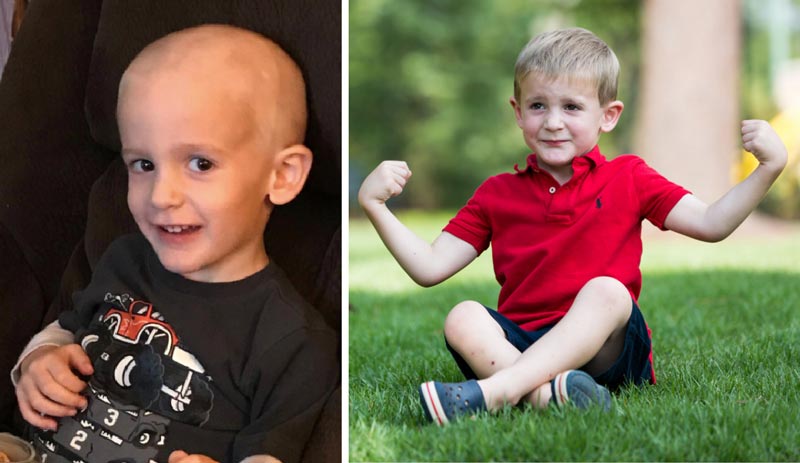 Rally Kid John Russell’s parents initially thought their two-year-old had appendicitis. Unfortunately, it turned out to be a Wilms tumor. John Russell beat cancer and continues to thrive.

“During my oncology training, I cared for several children with Wilms tumor who had a very aggressive disease and did not fare well,” revealed Dr. Dome about why he began studying Wilms tumor. “This contradicted the traditional teaching that ‘Wilms tumor is one of the best cancers to have’ and led me to devote my research to understanding why some Wilms tumors are resistant to therapy and to discover better treatments.”

Join us in supporting Rally-funded research and all of the brave children fighting Wilms tumor—like Paislee, Josiah and John Russell—by making a donation today.