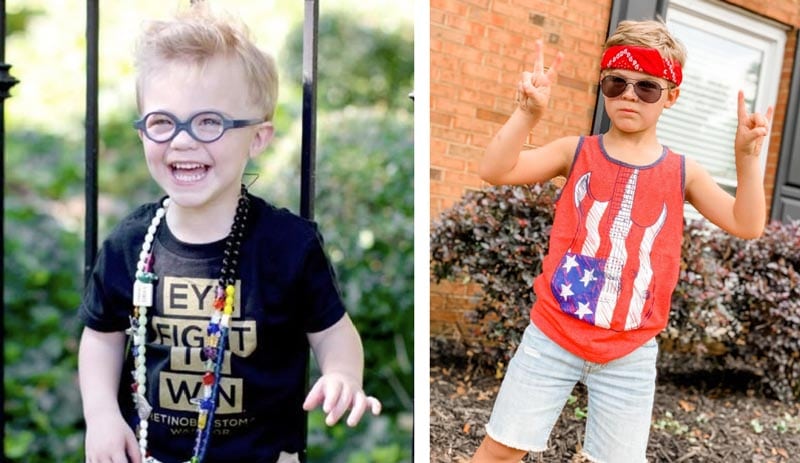 Rally Kid Asher was diagnosed with retinoblastoma as an infant, but he didn’t let cancer get him down! He is now happy, healthy and thriving.

In simple terms, retinoblastoma is an eye cancer that develops in the immature cells of the retina. Though it is rare—with approximately 300 children diagnosed in the U.S. each year—it is the most common eye cancer in children. This malignant intraocular cancer rarely occurs in adults.

Retinoblastoma can occur in one or both eyes and is caused by genetic mutations in the nerve cells of the retina. The retina is comprised of nerve tissue and is the part of the eye that’s responsible for sensing light and signaling the brain through the optic nerve to interpret that light as images. The risk for this type of cancer can be hereditary if one or both parents carry a mutated gene. Hereditary retinoblastoma tends to present in both eyes and often appears at an earlier age. Retinoblastoma is typically found in children under age five, with the average age of diagnosis being 18 months old. Boys and girls are affected equally.

Signs and Symptoms of Retinoblastoma

The signs and symptoms of retinoblastoma can be difficult to catch, especially early on in the disease.

Rally Kid Asher’s mom only noticed something was off after snapping a few photos of her son on her iPhone when he was four months old. The camera flash revealed one normal “red eye” and one not-so-normal glowing white pupil. Having just completed her second semester of nursing school, Asher’s mom knew this was a telltale sign of retinoblastoma and immediately took him to the doctor, who confirmed her suspicions.

“A white pupil or lack of red reflex, wandering eye and eye swelling could all be symptoms of retinoblastoma,” explained Rally-funded Researcher Dr. Debra Friedman, Co-Leader of the Cancer Health Outcomes and Control Research Program, Professor of Pediatrics, and Director of Pediatric Hematology and Oncology at Vanderbilt University Medical Center.

For Rally Kid Jocelyn, even her pediatrician had trouble seeing the symptoms of her retinoblastoma. Just before her third birthday, Jocelyn’s mother and father noticed a white glare in her eye that the doctor couldn’t detect. Following their gut instincts, they took Jocelyn to three ophthalmologists before she was finally diagnosed. 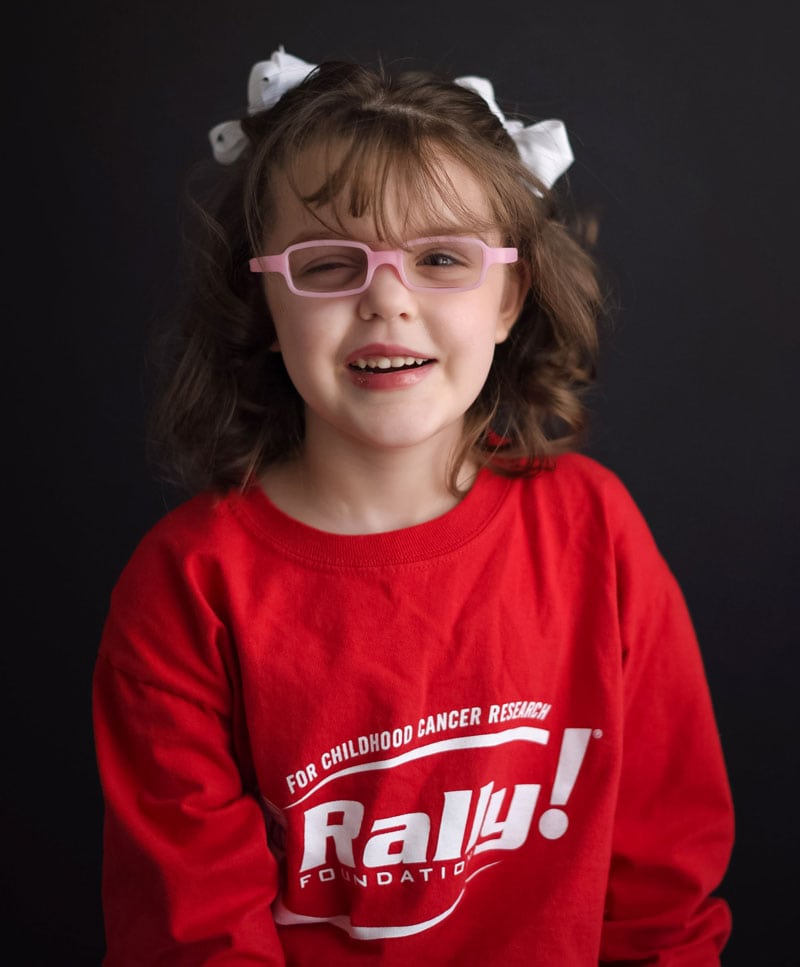 Rally Kid Jocelyn was diagnosed with retinoblastoma at age three. By age four, she had already been under anesthesia 25 times. She is now cancer free!

Common treatments for retinoblastoma include chemotherapy, radiation and laser therapy, and depend greatly on the size and location of the cancer.

“It is not evident which patients will respond to which treatment,” explained Dr. Friedman, “and it is hard on children and families.”

While retinoblastoma is highly curable with a survival rate of 96%, the disease becomes more life-threatening if it spreads to other areas of the body.

“Although the disease is highly curable when it presents locally [in one location], it is highly challenging to treat when metastatic,” Dr. Friedman said. “If it has metastasized [spread], most commonly to the central nervous system or bone marrow, the prognosis is very guarded and intensive therapy is required for cure.”

Over the last 30 years, treatment for retinoblastoma has improved greatly, with researchers developing new agents and techniques for localized therapies.

“Prior to the 1990s, enucleation, or surgically removing the eye, and radiation therapy were the mainstays of treatment,” Dr. Friedman shared. “Since then, therapy has evolved, and these therapies are used less often.”

This is definitely a step in the right direction—it means that fewer children with retinoblastoma are losing their eyes and more children are winning their battles against this type of cancer.

In a pilot survivorship study supported by Rally, Dr. Friedman found that retinoblastoma survivors experienced more difficulties in school, needed more occupational and psychological therapy and required more medications and doctor’s visits than their siblings. This suggests that, although cure rates are high and treatments have improved, we still have a long way to go before every child can grow up and live a normal life after retinoblastoma. 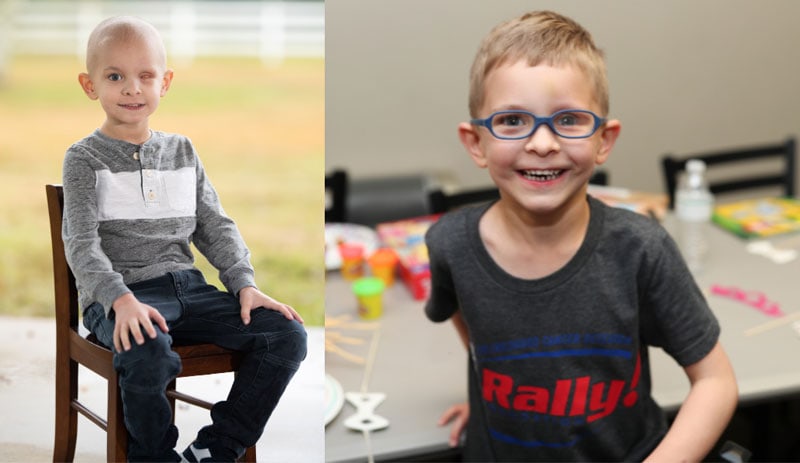 Rally Kid Elliot is a little fighter who beat retinoblastoma twice before the age of four. Though he lost his eye, he never lost his smile.

When it comes to retinoblastoma, more research is still needed in order to develop safer, more effective treatments.

“We must continue to pursue the most effective therapies with the lowest risk of adverse short and long-term outcomes,” said Dr. Friedman. “As we learn more about the disease, we’ll be able to use our findings to develop new and better treatments that will hopefully lead to more patients surviving, and more survivors living healthy, normal lives.”