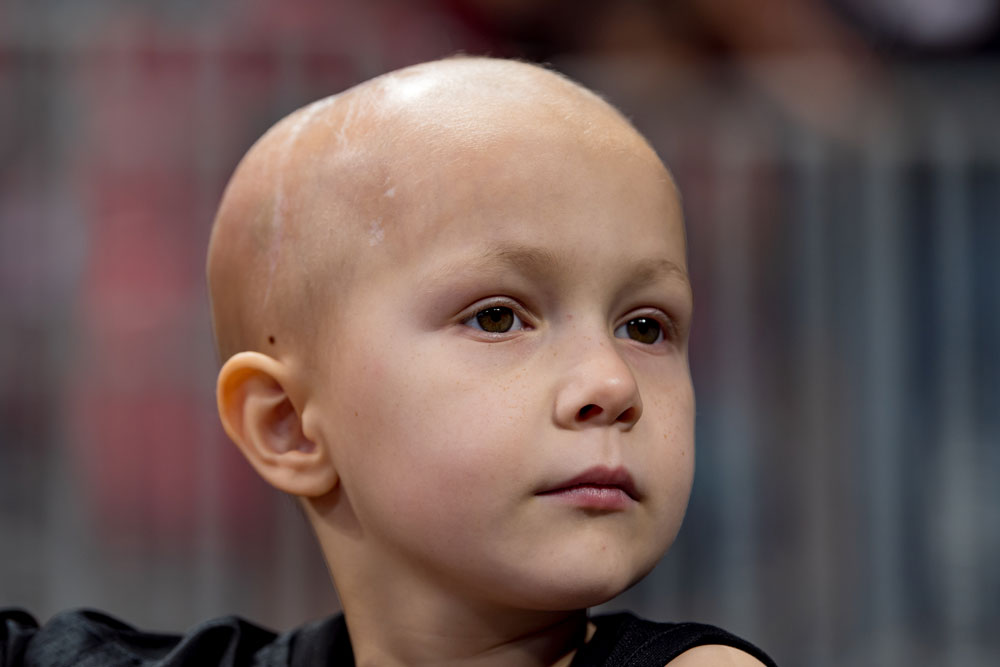 Rally Kid Caroline has bravely battled ependymoma three times since she was 2.

Ependymoma is a tumor that appears most often in the brain and sometimes in the spinal cord. It is a type of glioma, meaning it starts in the support cells of the brain. This cancer occurs more frequently in children—accounting for 5-10% of all pediatric brain tumors—but it can also affect adults.

Common pediatric subtypes include classic ependymoma, a tumor that most commonly appears in the brain, and anaplastic ependymoma, which tends to spread and has a high chance of recurrence. Each type is classified into three grades (I, II and III) with grade III having the fastest growth.

Signs and Symptoms of Ependymoma

The signs and symptoms of pediatric ependymoma can vary widely depending on where the tumor is located. “Often, it can be hard to distinguish subtle symptoms from much more common problems, such as viral infections, injuries or other illnesses,” explained Dr. Eugene Hwang. 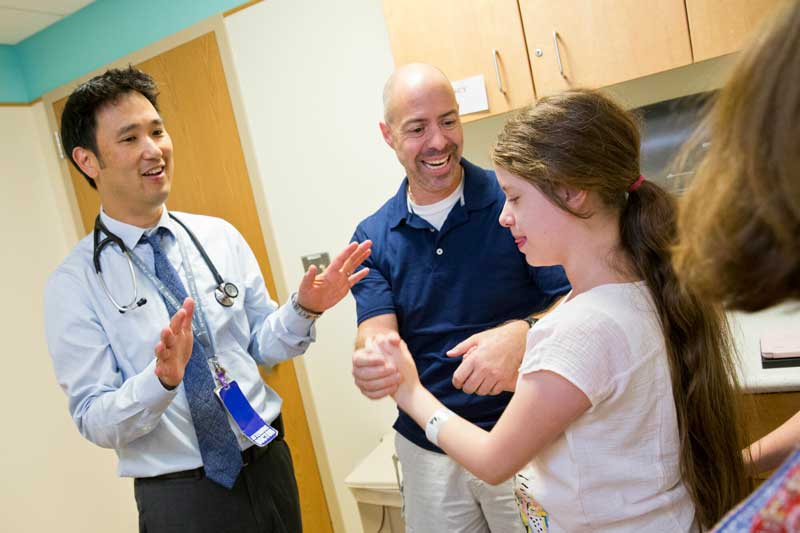 Dr. Hwang is the Associate Chief of Oncology and Director of the Neuro-oncology Fellowship and Clinical Neuro-oncology Immunotherapeutics Programs at Children’s National Hospital, as well as a member of Rally’s Medical Advisory Board.

Dr. Hwang went on to say that one set of symptoms—headaches and nausea—is related to the increasing pressure in the brain due to obstruction of the flow of the cerebrospinal fluid.

“You can envision this problem as a clog in a drain,” he said. “When the clog occurs, the fluid backs up into the very tight space in the brain, causing pressure to increase and symptoms that can be dangerous.”

This increased pressure can result in severe headaches with nausea and/or vomiting, most typically occurring in the morning after waking up. Sometimes, children can wake up and vomit, then feel normal for the rest of the day. The symptoms will usually get worse, but the headaches may wax and wane. 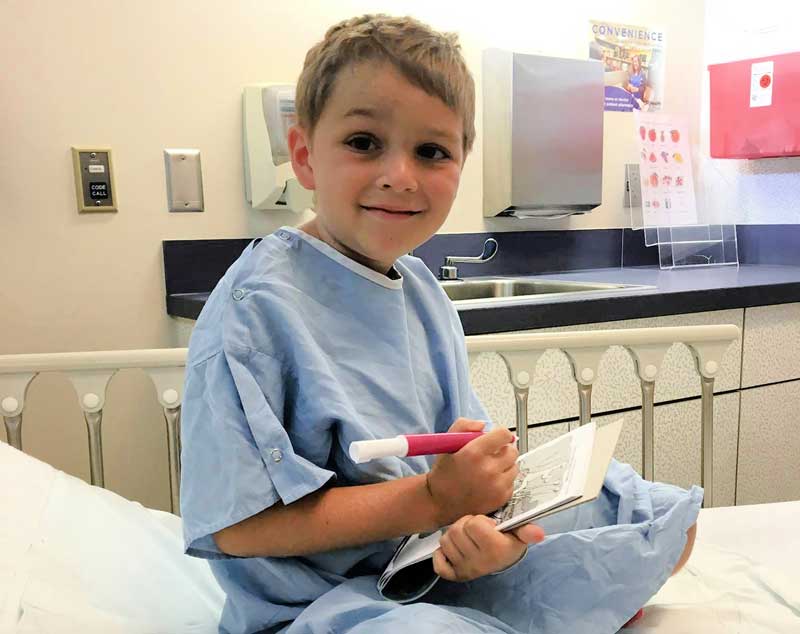 Rally Kid Baxter’s ependymoma symptoms began as intermittent nausea and vomiting—leading to misdiagnoses of gastrointestinal and sinus infections—then grew to include lethargy and severe headaches.

The other set of symptoms may vary based on the tumor’s location and the amount of pressure on the working brain.

“Problems such as seizures, motor weakness, changes in the way the face or body can feel sharp objects or temperature, balance issues or other obvious problems can result,” Dr. Hwang elaborated. “Sometimes, there are more subtle issues, like behavior changes (or in small children, increasing irritability), new learning issues or memory problems.”

“The bottom line is that if there is a concern, be proactive in getting to your medical provider and vocal about problems that you can see.” —Dr. Hwang

Treatment for pediatric ependymoma typically involves surgery to remove the tumor(s) followed by radiation. If the tumor(s) can be completely removed, there is about a 65 percent cure rate. Prognosis depends on the type, grade and location of the tumor(s), as well as the cancer’s reach (metastasis) and/or recurrence.

Dr. Hwang explained some of the challenges associated with the standard treatment protocol.

“The location of the tumor can make it difficult to remove completely without causing major complications,” he said. “Radiation treatment is known to be one of our strongest allies in this fight, yet it can cause many problems itself—including impaired learning or even secondary cancers. Finally, these two treatments alone cannot cure most children with ependymoma, and we have struggled with finding additional treatments that can help.”

Dr. Hwang reported that a recent Children’s Oncology Group study showed that chemotherapy may also be a useful tool for treating ependymoma. However, even with the combination of surgery, radiation and chemotherapy, there will remain children who are not cured.

This is the greatest struggle for Dr. Hwang and many others who treat pediatric ependymoma. 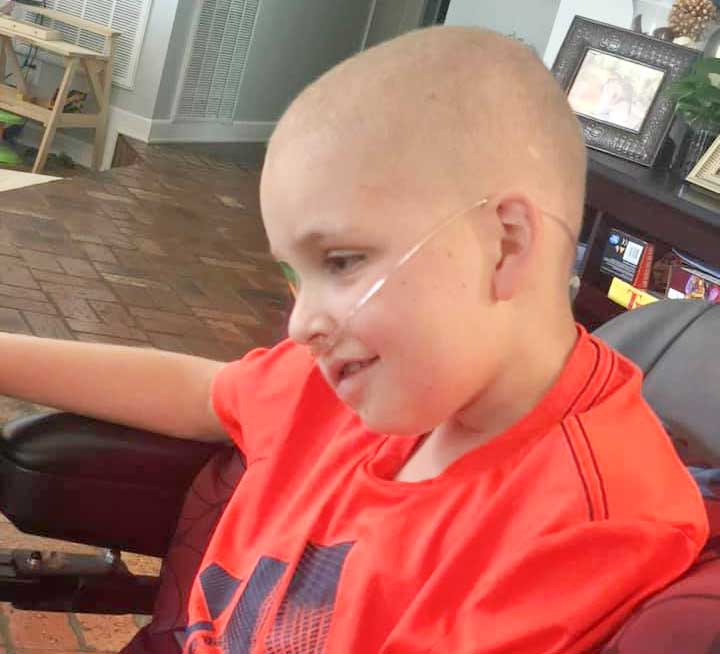 “While some children are cured with currently available therapy, there are large numbers that only respond temporarily to our standard aggressive surgery and radiation treatments,” said Dr. Hwang. “It’s one of the reasons why, starting with my involvement with the Collaborative Ependymoma Research Network (CERN) over a decade ago, I have continually been motivated to study this difficult cancer.”

Considering the existing treatments and the harmful side effects that go with them, finding new therapies for children with ependymoma is critical. It’s one of the main reasons why funding is so important for scientists and doctors who want to study this disease.

Dr. Hwang explained, “We are learning that ependymoma really consists of a group of tumors that are related, rather than a single tumor that is identical between different children. This means that the inner workings of these cancer cells are sometimes very different from one another, which will greatly impact how we design our next treatments.”

Join the Fight Against Ependymoma

More research is needed in order to help people like Dr. Hwang uncover better, safer treatments for kids like Baxter and Caroline. That research needs critical funding from people like YOU. 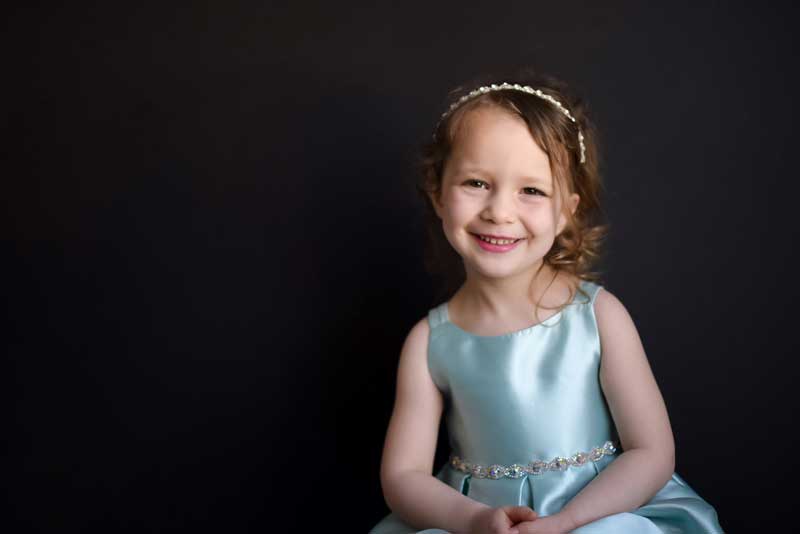 Caroline has survived risky surgeries and endured multiple rounds of proton radiation and chemotherapy. She is a resilient fighter who continues to defy the odds.