What is a Glioma? 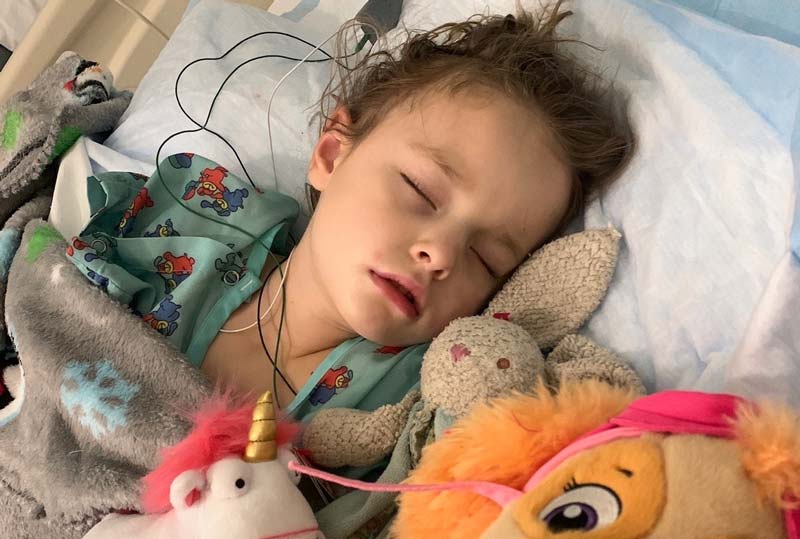 Rally Kid Lucy was diagnosed with a glioblastoma at age four. She fought bravely for five months.

“Glioma” is a general term for a group of tumors that begin in glial cells—the supporting cells of the brain.

Gliomas are classified based on their location and by the type of glial cell—astrocytes, oligodendrocytes or ependymocytes—from which they arise. Thus, many different types of brain tumors are classified as gliomas, like astrocytomas (glioblastomas), oligodendrogliomas, ependymomas, brain stem gliomas and optic gliomas.

About half of all pediatric brain and spinal cord tumors are gliomas. Gliomas are the most common group of brain tumors in both children and adults.

“There are studies that definitely show that while pediatric high-grade gliomas share certain features with adult gliomas, they are also biologically distinct from adult high-grade gliomas,” said Rally-funded Researcher Renee Read, Ph.D., Assistant Professor, Department of Pharmacology and Chemical Biology and Department of Hematology and Medical Oncology at Emory University School of Medicine. “Pediatric gliomas are now in some ways thought to be diseases related to faulty cells that arise during post-natal brain growth and development.” 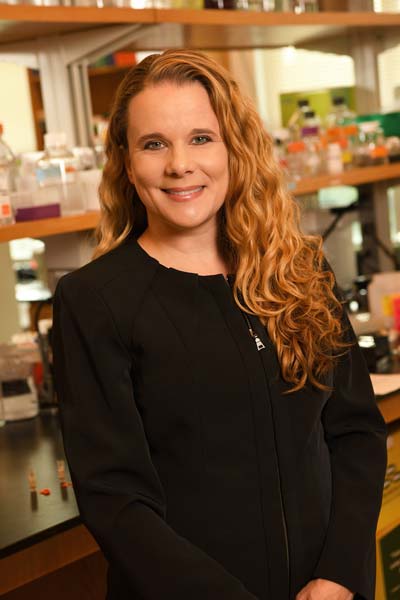 Gliomas are divided into four grades; the higher a tumor’s grade, the more severe it is.

High-grade gliomas are rarer, with less than 400 new cases occurring each year in the U.S. Examples of high-grade gliomas include anaplastic astrocytomas, glioblastomas and diffuse intrinsic pontine gliomas (DIPGs).

Gliomas begin when something goes wrong as cells divide to create new cells. The abnormal cells grow quickly and create a mass.

Typically, brain tumors are not discovered until they are large enough to cause symptoms by pressing on normal structures in the brain. Symptoms may vary depending on the size of the tumor and where it is located within the central nervous system (the brain and spine).

The most common symptoms of a glioma include:

Gliomas are usually diagnosed via an MRI or CT scan of the brain and/or spine.

In general, a biopsy is required to definitively determine the grade of a glioma. After taking a small sample of the tumor tissue, doctors will look for specific genetic markers, which will guide the course of treatment. A lumbar puncture (spinal tap) may also be performed to determine if cancer cells have spread to the cerebrospinal fluid.

Treatment for high-grade gliomas is usually centered on surgical removal of the tumor—sometimes called resection—if this can be achieved without causing additional damage to the brain. For most optic gliomas and brainstem gliomas, surgery is not feasible; they are referred to as inoperable. 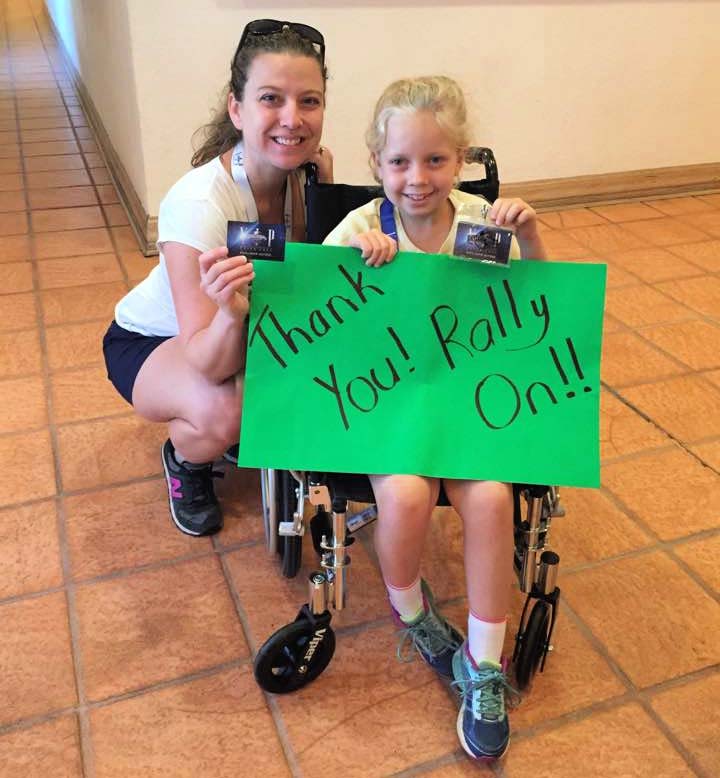 Due to the aggressive nature of high-grade gliomas (Stage III and IV), most patients will receive radiation—either photon or proton radiotherapy—to eliminate remaining cancer cells after surgery or to treat tumors which cannot be surgically removed. Because of the risk for long-term side effects, radiation is often deferred for younger patients to allow their bodies to develop as much as possible. Radiation is typically given over the course of six weeks, alongside weekly chemotherapy. 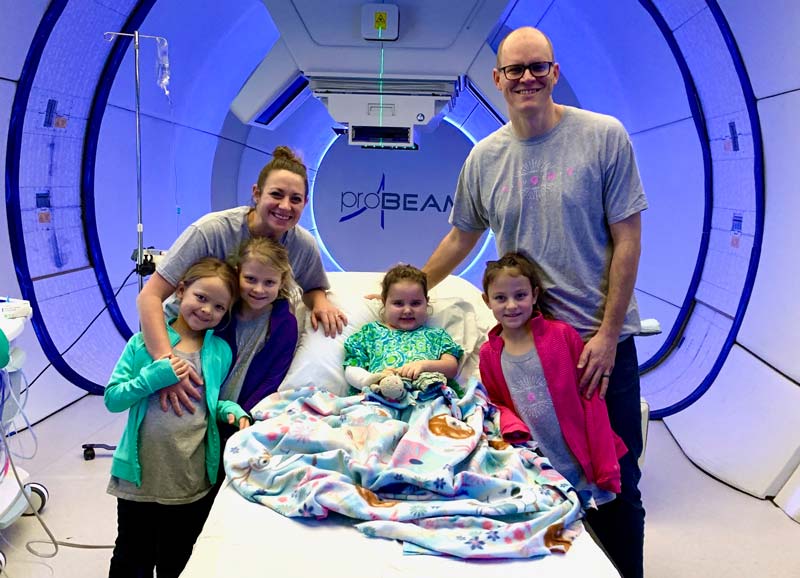 Unfortunately, these treatments—though life prolonging—do not often lead to long-term survival. Research into the genetics and the biology of high-grade gliomas is critical in order to develop safer, more effective treatments. Most of the children who do survive a high-grade glioma will require ongoing care due to physical, psychological, social and intellectual challenges related to their treatment.

(Note: Survival is defined by the NIH as someone is living five years post the date of diagnosis even if they are still in treatment.)

Dr. Read feels there is reason for hope for families whose children are fighting gliomas. “For children with tumors that have particular genetic lesions or that arise in certain parts of the brain, particularly infants, there are cases wherein certain treatments, particularly targeted therapies as well as standard radiation therapy, do help for a quite a while, with patients living many years following diagnosis and treatment. This is becoming more common as molecular diagnostics, precision medicine approaches and newly approved drugs that target the genetic lesions that cause tumors are being used on pediatric patients with high grade gliomas.”

Doctors and researchers continue to investigate high-grade gliomas in children to gain knowledge about their origins. In order to discover more effective therapies for high-grade gliomas, we must better understand how and why they develop.

Dr. Read shared, “Research studies have been released in the last two years identifying factors that are linked to improved survival and treatment outcomes among children with these terrible diseases. Continued research on these patients and their tumors has led to observations that are being used to redesign standard of care for children with these deadly diseases. These new developments are quite encouraging, and a number of new clinical studies have been launched that have great potential to help patients and their families.”

Grace has battled an optic glioma for many years and, thankfully, her tumor is now stable.

Rally Foundation has partnered with the National Brain Tumor Society (NBTS) to fund multiple pediatric high-grade glioma (pHGG) research projects. One such project at the German Cancer Research Center (DKFZ) is focused on molecular profiling which will allow doctors to better predict the patient’s prognosis and response to treatment. Similar work has been done in the adult brain tumor field, but data is lacking for childhood tumors. The research conducted at DKFZ also found that there are significant differences in pediatric brain tumors compared to adults.

“The lab completed molecular profiling of a pHGG clinical trial cohort of 130 patients and have evidence that these molecular markers allow us to predict the likely prognosis and response to certain treatments much better than current methods,” said David Arons, JD, NBTS Chief Executive Officer. “This work will advance understanding of pediatric tumor origins and evolution and establish valuable tools for researchers in the field world-wide.”

Dr. Read concluded, “Researchers are using gene expression profiling from tumors from patients of all ages, even down to profiling single tumor cells, to find the full range of mutations present in tumors of infants (under 1 year old), toddlers, and older children. Several major academic centers have launched new clinical trials for patients in these age ranges based on these types of studies.”

JOIN THE FIGHT AGAINST GLIOMA

Sadly, Lucy passed away in May 2020. She is greatly missed by her parents and three older sisters.

Children with high-grade gliomas are counting on research to give them hope for a future after cancer. Rally Foundation is funding some of the most innovative and cutting-edge brain tumor research.

Give in honor of Grace and in memory of Lucy—make a donation to glioma research today.