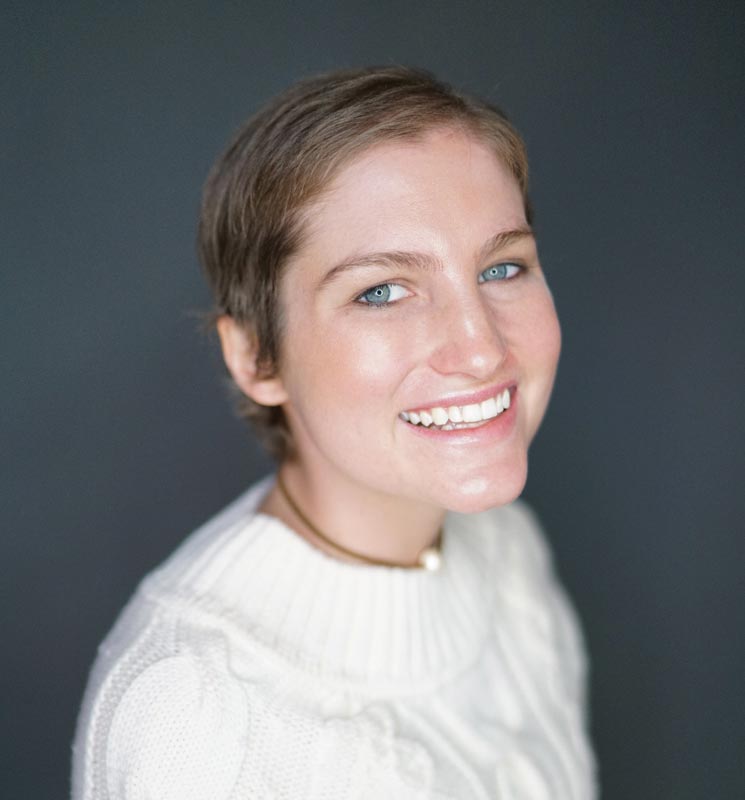 Rally Kid Chandler was diagnosed with Burkitt lymphoma after experiencing stomach pain, night sweats and extreme fatigue while away at college.

Lymphoma is a type of cancer that attacks immune system cells called lymphocytes, causing them to grow abnormally and out of control. Lymphocytes are found throughout the body in organs that make up the lymphatic system—including the spleen, bone marrow, lymph nodes and the thymus gland. It is the third most common form of cancer in children, following leukemia and brain tumors.

There are two main types of lymphoma: Non-Hodgkin and Hodgkin. Each type involves different lymphocytes, can grow at different rates and may respond differently to treatments.

Non-Hodgkin lymphoma can occur at any age and is more common in boys. There are four main Non-Hodgkin subtypes found in children: anaplastic large cell, large B-cell, lymphoblastic and Burkitt. Burkitt lymphoma is highly aggressive and extremely fast-growing.

Hodgkin lymphoma most commonly affects adolescents and young adults, but it can be seen in younger children. Other, less common types of lymphoma include chronic lymphocytic leukemia, cutaneous B-cell lymphoma and cutaneous T-cell lymphoma.

Signs and Symptoms of Lymphoma

There are several signs that can indicate a possible lymphoma diagnosis—like fevers, weight loss, fatigue and night sweats—but the most common symptom is onset swelling in one or more lymph nodes that persists for days or weeks at a time.

Rally Kid Kellen experienced chronic and worsening stomach pain over the course of several weeks. Then, his testicle became swollen. After many trips to the doctor, specialists and the ER, an ultrasound led to an appendectomy. During surgery, doctors were concerned by the appearance of Kellen’s abdomen and took samples for pathology. Kellen was admitted for further testing, which led to a diagnosis of Stage 3 Non-Hodgkin large B-cell lymphoma. 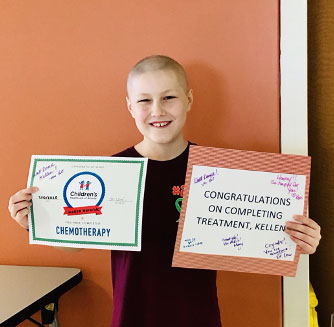 Kellen had two cancerous masses—one in his abdomen and one in his chest.

“Patients can have persistent fevers, unintended weight loss, fatigue and in some instances, profuse sweating at night,” explained Dr. Saro Armenian, Pediatric Hematologist-Oncologist at the City of Hope Comprehensive Cancer Center. “Typically, our patients have been seen by their primary doctor and prescribed antibiotics for a presumed lymph node infection. Unlike infections, however, lymphomas do not respond to antibiotics, which is one of the first signs that the lymph node or mass needs to be further evaluated.”

The prognosis for a patient diagnosed with lymphoma is generally very good, but it depends greatly on the type and stage of cancer. Lymphoma is divided into four stages based on the spread and progression of the disease, with Stage 1 being less severe and Stage IV being most severe.

“Over the past 40 years, the cure rates for childhood Non-Hodgkin lymphoma have gone from 20-40% to 80-100%,” said Rally-funded researcher Dr. Mitchell Cairo, the Chief of Division of Pediatric Hematology, Oncology and Stem Cell Transplantation at New York Medical College. “Similarly, in childhood Hodgkin lymphoma, the survival rates have gone from 40-60% to 80-100%.” 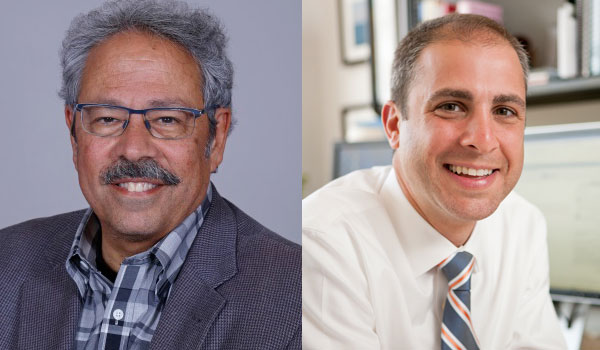 “As oncologists, we often have several treatment options available to us, ranging from chemotherapy to immunotherapy, and in some cases, radiation or surgery,” said Dr. Armenian. “Choosing the right combination of treatments can be challenging, but also highly rewarding when a patient is cured of their disease. Thankfully, the vast majority of patients are cured of their lymphoma, which is a hopeful message for everyone involved.”

While patient survival rates are relatively high in today’s world, that was not always the case for lymphoma patients. Part of that increase is due to advancements in clinical research in the field.

“These are remarkable times for scientists and clinicians in the field,” said Dr. Armenian. “Patients with lymphoma have greatly benefited from advances in immunotherapy. Novel approaches such as antibody therapy, checkpoint inhibitors and CAR-T therapy have dramatically improved outcomes for patients with lymphomas that are resistant to frontline chemotherapy and/or radiation.”

Dr. Armenian continued, “While pediatric lymphomas are generally highly curable, there are some instances when patients need multiple rounds of different treatments to achieve remission. Sadly, some may never be cured of their disease. These are the challenges that fuel the pediatric oncology community; to never take our eyes off the prize, with the hopes of a cancer-free tomorrow for all of our patients.” 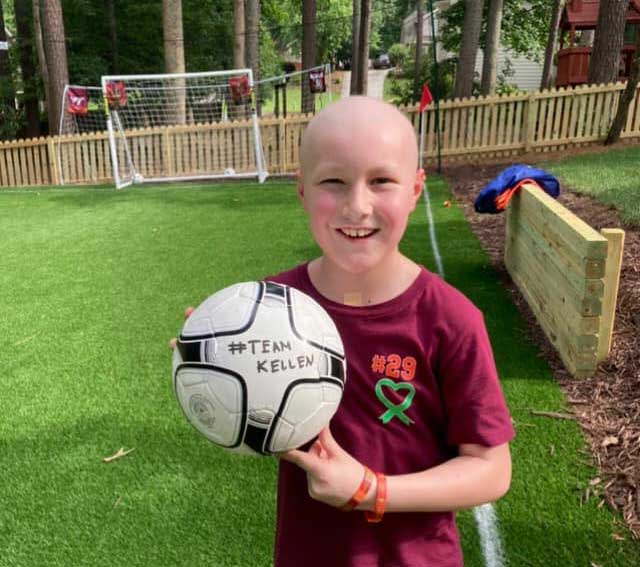 Kellen’s first goal after beating cancer was returning to the soccer field!

There have been remarkable advances in the treatment of lymphomas during the past several decades, and it would not have been possible without the continuous work of researchers like Dr. Armenian and Dr. Cairo and funding from organizations like Rally.

Dr. Armenian shared, “These newer treatments have allowed us to begin replacing traditional chemotherapies with potentially safer and less toxic alternatives. The future of lymphoma treatment is bright and will likely remain so for the foreseeable future.” 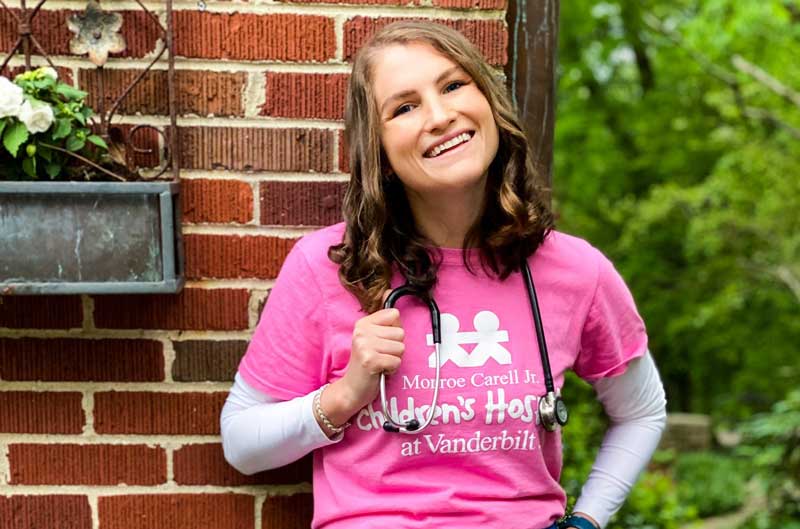 Chandler beat lymphoma but still fights the lasting effects of her treatments. Now a pediatric nurse, Chandler is dedicated to raising awareness and funds for childhood cancer research.

Help us continue to make a difference for kids fighting lymphoma and all childhood cancers. Give to Rally today.