What is Atypical Teratoid/Rhabdoid Tumor (AT/RT)? 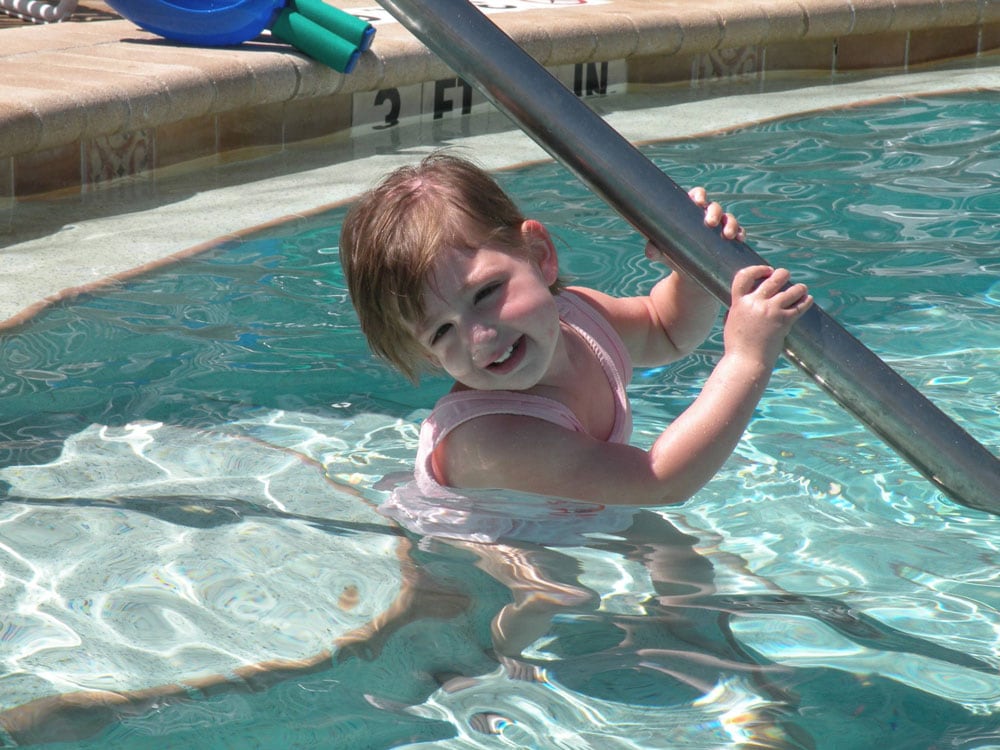 Rally Kid Hailey was diagnosed with metastatic AT/RT at seven months old. One of her symptoms, in addition to morning nausea, was a pronounced head tilt.

Atypical Teratoid/Rhabdoid Tumor (AT/RT) is a rare and fast-growing tumor that typically originates in the brain and spinal cord. These tumors most often occur in the part of the brain called the cerebellum, which controls movement and balance, or in the brain stem, which controls vital functions like breathing and heart rate.

AT/RT mainly occurs in children under the age of three, but it can occur in older children and very rarely in adults. AT/RT is found in fewer than 3% of children with brain tumors. In most cases, AT/RT is associated with a specific genetic mutation in the SMARCB1 or SMARCA4 genes. These genes make a protein that helps control cell growth. About 10% of AT/RT cases have a hereditary genetic abnormality that increases the risk of developing AT/RT.

AT/RT symptoms vary depending on the tumor’s size and location as well as the child’s age. Because AT/RTs are fast-growing, symptoms usually develop rapidly—in a matter of days or weeks.

Symptoms of AT/RT may include the following: 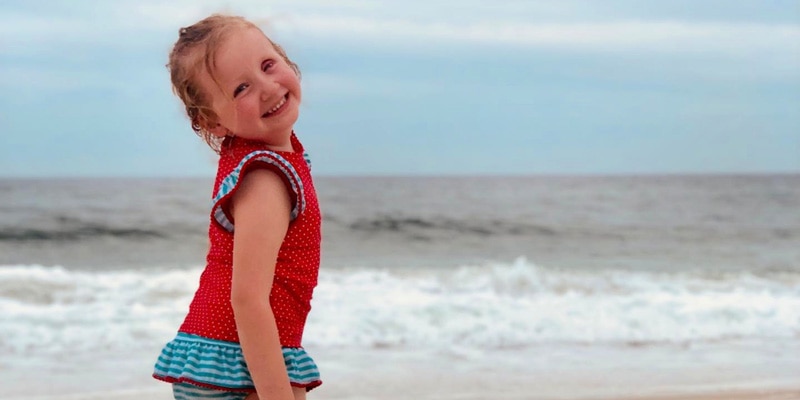 Rally Kid Zoë’s AT/RT tumor did something that was unknown in normal brain tumor—it rooted and grew outside of her brain and into her left eye orbit.

AT/RT can be diagnosed via neurological testing, an MRI and a lumbar puncture (spinal tap). Genetic testing can be done to look for changes in the tumor suppressor genes SMARCB1 or SMARCA4. When possible, doctors will perform a craniotomy, opening the skull to reveal the brain, and insert a needle to take a biopsy of the tumor.

It is often difficult to completely remove AT/RT because of the tumor’s location in the brain and because it already may have spread by the time of diagnosis.

“Rhabdoid tumors are known to be amongst the most aggressive tumors in pediatric oncology and they are considered to be rare. Unfortunately, they are not rare enough,” said Rally-funded Researcher Simone Sredni, MD, PhD, Research Associate Professor of Neurological Surgery at Northwestern University Feinberg School of Medicine and Director of Initiative for the Study and Translational AT/RT Research at Stanley Manne Children’s Research Institute. “AT/RT is a very difficult tumor to cure, and, unfortunately, the outcomes remain poor. In general, older children [two and over] with AT/RT tend to do better than younger children.” 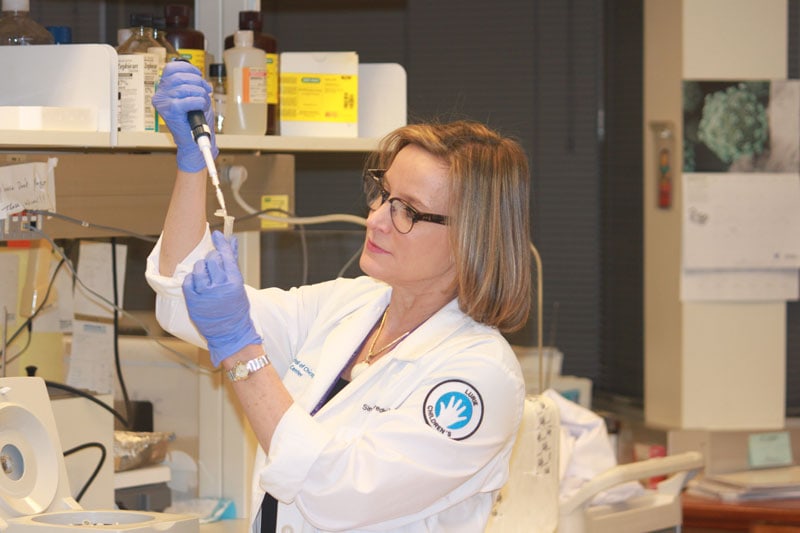 Dr. Sredni at work in her lab.

Treatment options for AT/RT depend on the size and location of the tumor as well as the patient’s age. Most patients receive treatments that may include surgery, chemotherapy and/or radiation. Some children will undergo an autologous stem cell rescue—also known as a rescue transplant—prior to receiving high doses of chemotherapy. Previously collected healthy stem cells are put back into the child’s blood stream, allowing their bone marrow to produce new blood cells and recover from the chemotherapy.

With current treatment protocols, 50-60% of children with non-metastatic AT/RT are surviving five years post-diagnosis. Children with tumors that can be completely removed have a higher chance of survival.

Due to the aggressive nature of AT/RT, survival rates remain poorer than other childhood cancers. However, treatment advances are being made. Most children diagnosed with AT/RT will be involved in a clinical trial. Many clinical trials are investigating targeted therapies—treatments tailored to the genetic characteristics of the patient’s tumor—with a goal of increasing cure rates and improving survival rates in children whose tumors cannot be completely removed via surgery.

“Because AT/RT is so rare, these tumors are difficult to study,” said Dr. Sredni. “Researchers collaborate among institutions around the country and internationally to improve our current understanding of this disease and offer new treatment options. Clinical trials are now available, testing new targeted treatments that attack specific cancer cells—causing less harm to normal cells—and may help improve the survival rate for AT/RT.” 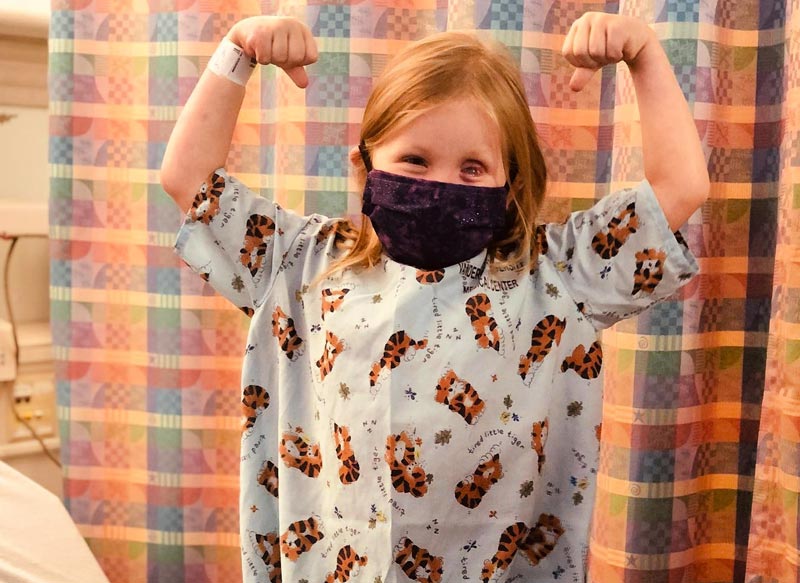 Zoe had six intense rounds of chemotherapy—three of which involved a stem cell harvest and transplant—followed by 26 rounds of proton radiation.

JOIN THE FIGHT AGAINST AT/RT

Children with AT/RT need research to improve their chances of survival. Rally Foundation is funding some of the most innovative and cutting-edge brain tumor research. Give in honor of kids like Hailey and Zoe, and make a donation for AT/RT research today.