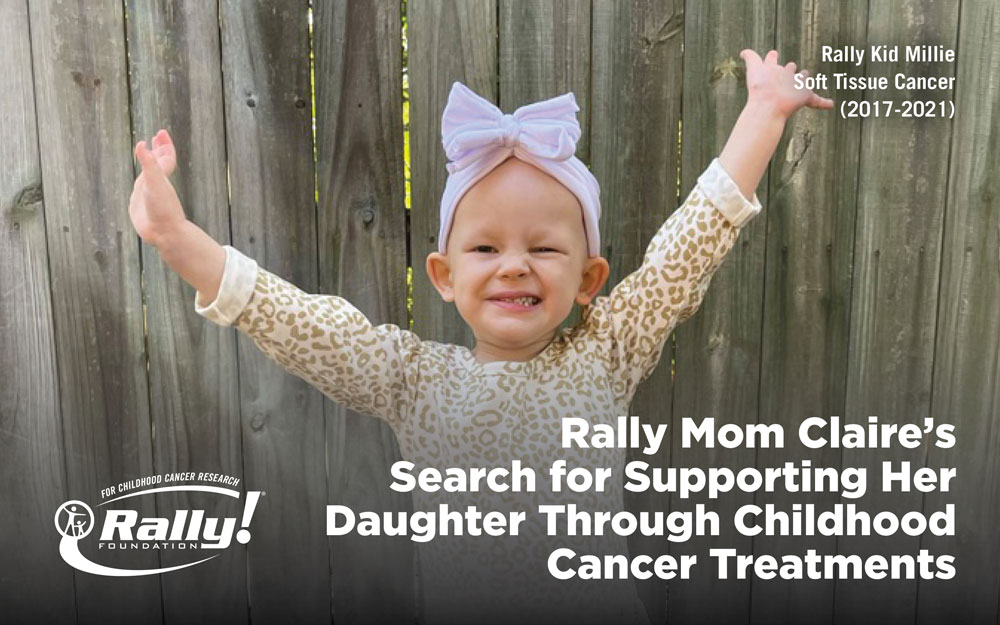 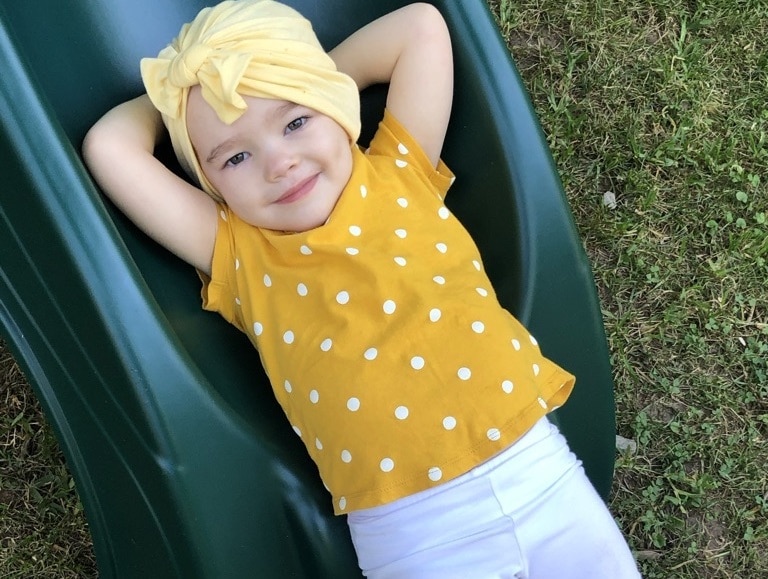 I knew something was off when she woke up one morning and the right side of her face was slightly drooping. We spent the next few weeks in and out of the hospital where doctors were perplexed by her symptoms.

For weeks, it was believed to be caused by an extreme middle ear infection causing pressure on her right facial nerve. After various medications and unsuccessful ear tube procedures, Millie’s symptoms worsened and left her doctors more confused.

After an MRI and various scans, doctors eventually found a malignant tumor growing at the base of her skull, tangled up in several cranial nerves, as well as evidence of disease in her lungs. The tumor was deemed inoperable due to its location but was believed to be curable with prompt and aggressive chemotherapy and proton radiation therapy.

I remember sitting in our first oncology appointment with our amazing team of doctors, completely overwhelmed with sadness, shock and fear for my little girl who had no idea what was ahead.

New medical language and protocols began filling the room, conversations of symptoms and side effects from the toxic medications, lifelong implications, and the most important decisions of our lives laid before us. 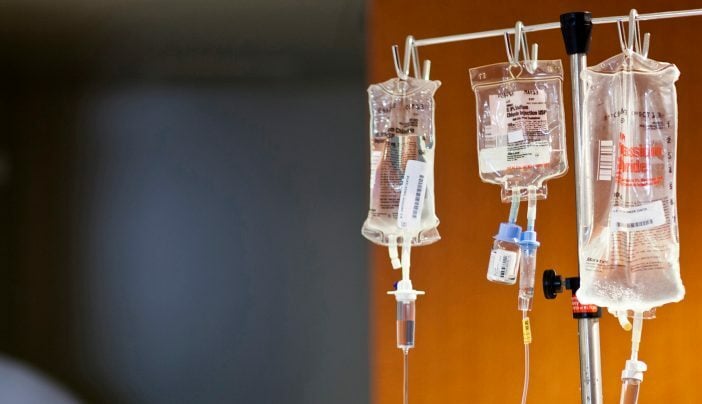 As a mother of two toddlers, an educator and a wellness advocate, I so clearly remember feeling the need for guidance on how to support Millie in her daily life at home, not just during the upcoming hospital routines.

I remember asking our team specifically:

“How can we support Millie’s body at home?”

“What should she be eating, avoiding?”

I’ve heard many lifestyle suggestions made for adults who are undergoing cancer treatments, so I just knew there would be careful, evidence-based, radical information ready to follow at the pediatric level, too.

To my surprise, the professional response was just the opposite:

“A calorie is a calorie.”

“Give her whatever she wants to eat.”

“There’s nothing you can do.”

And while there is some validity to those thoughts, and they are certainly understandable approaches to this journey when everything else is spinning out of control, it did not make any sense to me.

We had a long road of aggressive, conventional treatment ahead, and it was our goal to do everything we could to address healing and to make sure that Millie felt as normal and energetic as possible. 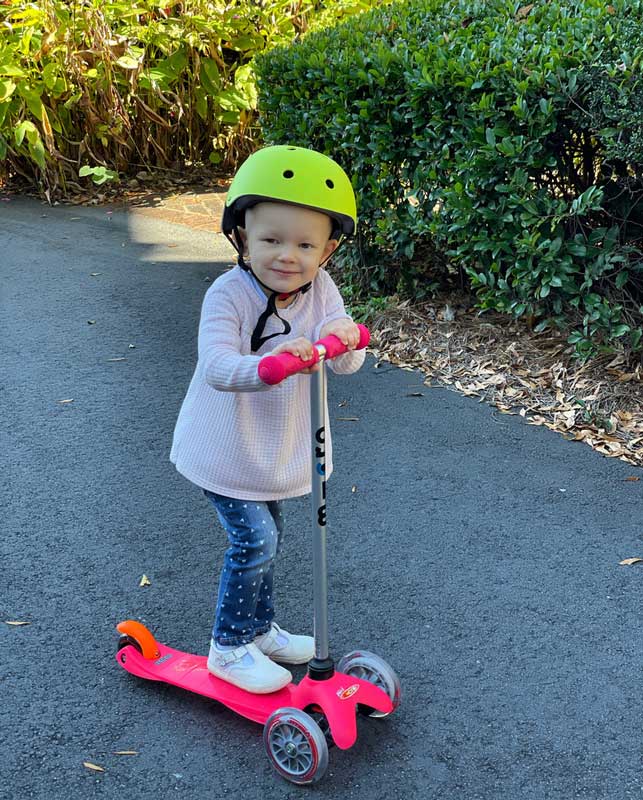 Rally Kid Millie on a Scooter

Conventional treatment is incredible and often necessary, and most certainly, can be lifesaving.

But it’s important to understand that its only job is to kill cancer cells and destroy the immune system so that it will reset and prohibit those cancer cells from growing again.

It also overburdens the body with toxic medications to filter out while it’s also trying to heal. It very much treats cancer cells in isolation and does not look out for the whole body or root causes of disease.

After much research, our family adopted an extremely integrative approach to cancer — using conventional AND holistic therapies to work with the body to fight the cancer.

Click the button below to read Part 2 of Claire’s blog: Six Simple Steps to Help Your Child Feel Better During Cancer Treatment. 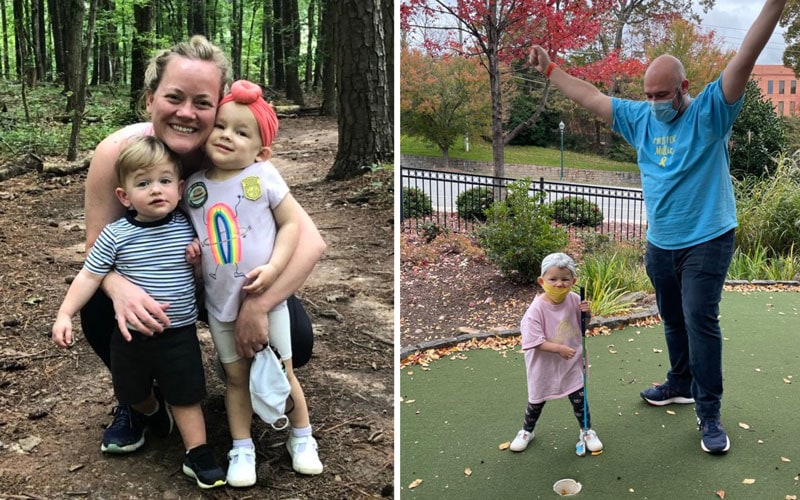