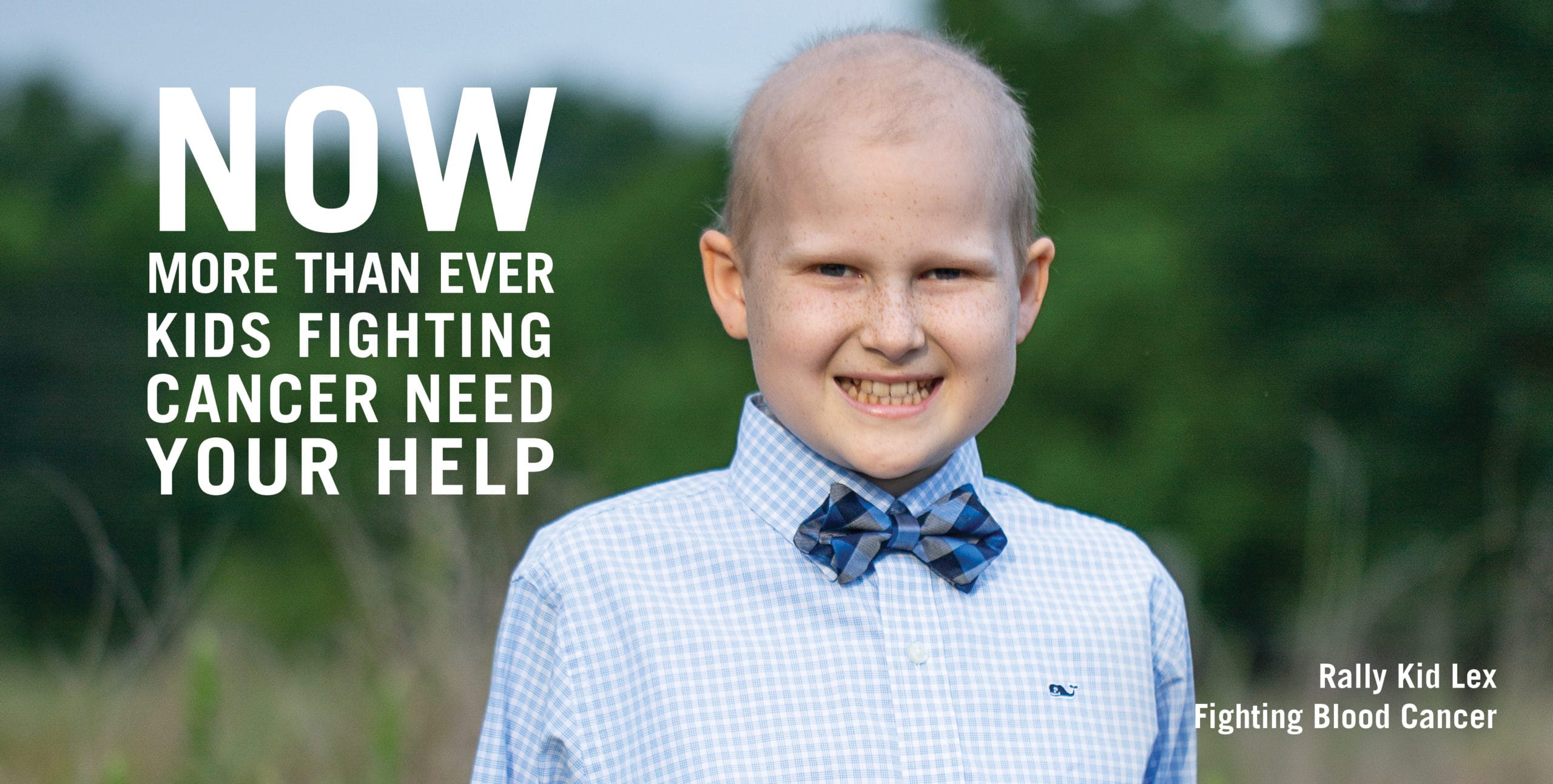 There’s no way around it: Childhood cancer is sneaky, and it happens unexpectedly. Symptoms can be mild and are often confused with other common ailments like colds, growing pains or headaches. For Rally Kid Lex, it all started with a couple of those “common” symptoms: tiredness and a lack of appetite.

It was August, and Lex had just started the new school year. His parents naturally assumed that he was simply getting acclimated to the full days at school, followed by play practice. Despite the long days, he had little appetite and often wouldn’t be able to eat his dinner. “It was always in the back of my head that something was off,” shared Lex’s mom, Ashley. “I knew it in my heart.” 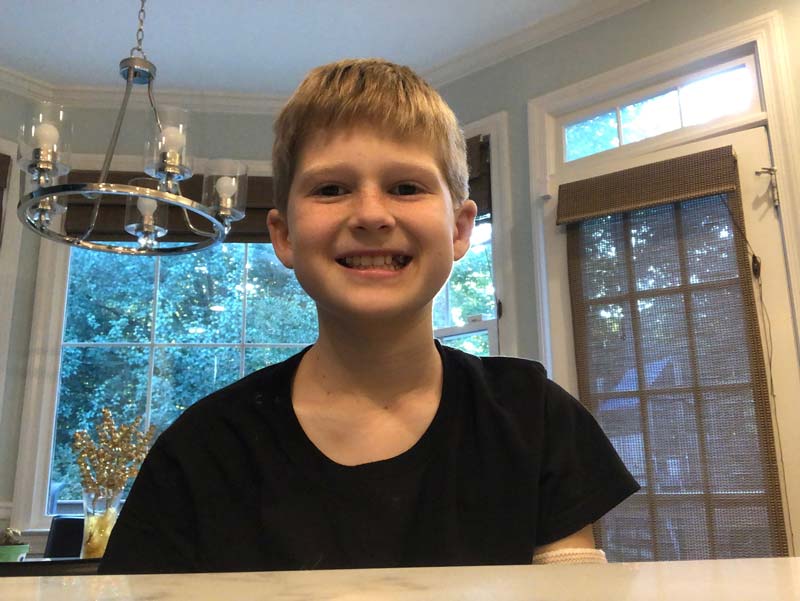 Lex the day before he was diagnosed

Not long after, Lex woke up in the middle of the night screaming in pain that radiated throughout his leg. Mom had a hunch that these weren’t normal growing pains, and off to the ER they went. As a pediatrician herself, Ashley speculated that Lex might have leukemia, but all of his blood tests came back normal. The next day, however, Lex came down with a fever, and over the next few days, new and more worrisome symptoms began to pop up. He had a continuous fever, total muscle weakness and chest pain (which turned out to be fluid around the lungs). Then, about five days later, Lex’s elbow began to swell. After a visit to urgent care, where they told the family that “he probably broke it” despite no trauma history, the symptoms continued to progress. 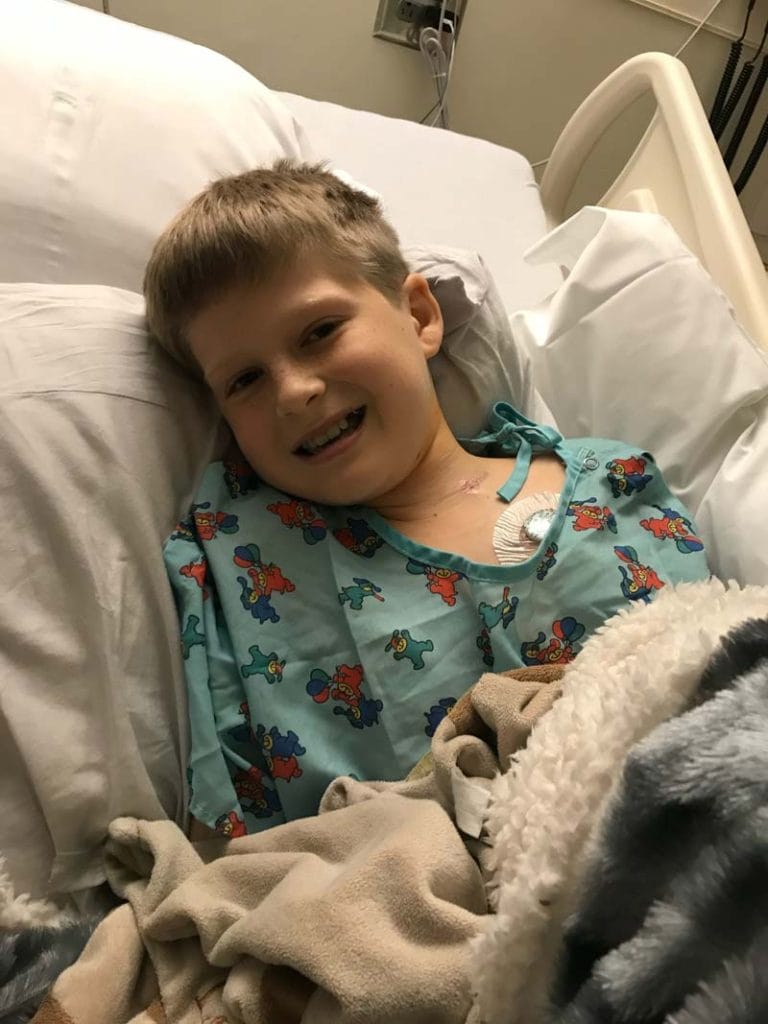 Lex in the hospital

They headed to a different ER, where Lex’s tests continued to come back normal until, finally, they didn’t. “One of our oncologists said to us that cancer doesn’t show up until it wants to,” said Ashley. “It’s very sneaky, and you can never know when it will rear its ugly head.” 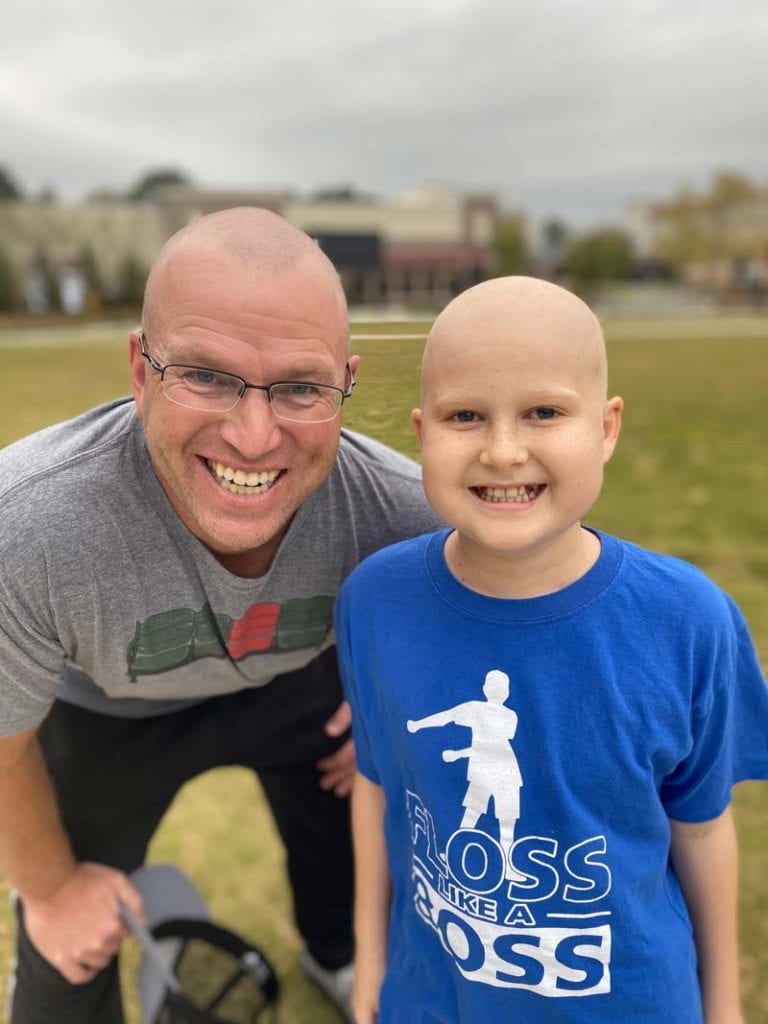 Lex and his dad

Today, Lex is fighting acute lymphoblastic leukemia (ALL) and doing so with an incredibly positive attitude. He loves spending time with his sisters, Kate and Livi, and he enjoys tennis, acting and eating at Chick-fil-A. 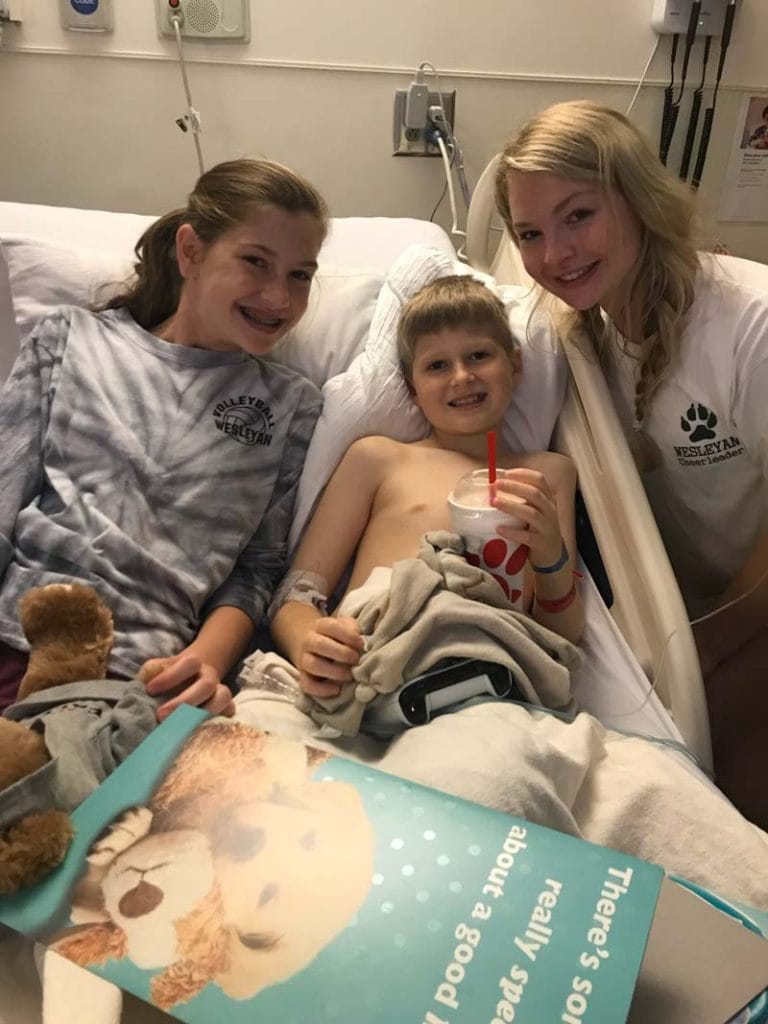 Lex with his big sisters

“It’s been hard, but there are definitely more good days than bad days,” he shared. “I know that I just have to get past the bad days and then I’ll feel good again.”

This year has been especially tough for immunocompromised kids like Lex, who are not only battling cancer but also trying to protect themselves against a potentially deadly COVID-19 infection.

We need your support now more than ever, so we can continue to fund life-saving childhood cancer research in order to find better treatments with fewer long-term side effects and, one day, a cure. 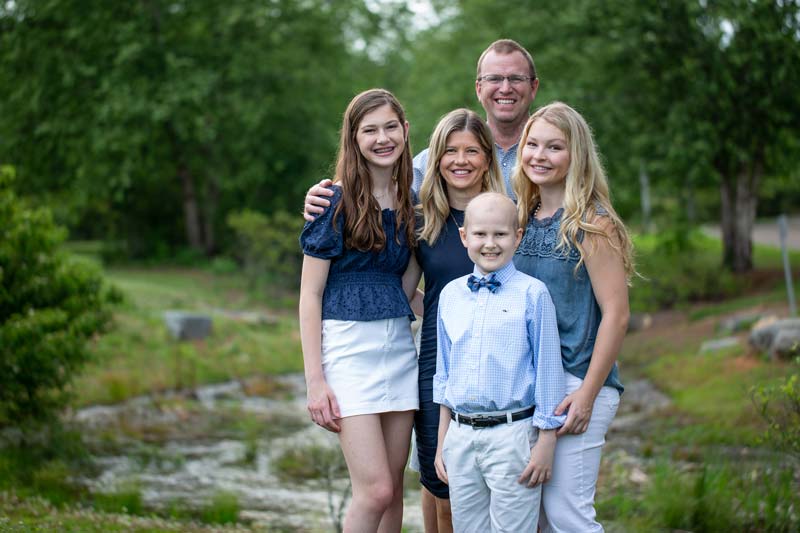 Lex and his family

Please join us in helping kids like Lex by making a 2020 donation today #ForTheirFuture.