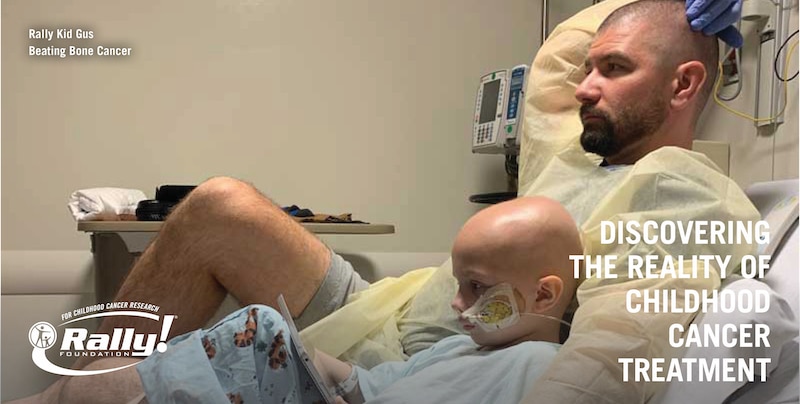 On our diagnosis day, we were told that our four-year-old Gus had Ewing Sarcoma. What doctors didn’t know was the particular type or variant he had.

Tumor sequencing is vital, as some variants of Ewing’s sarcomas have poorer outcomes, require specific drugs, and prohibit the use of other drugs. The variant determines the treatment plan.

Parents need to know the type of cancer their child is fighting- and if the hospital doesn’t know, parents should demand to have the tumor genetically sequenced.

As Dean taught me, “The pathology report is king.” 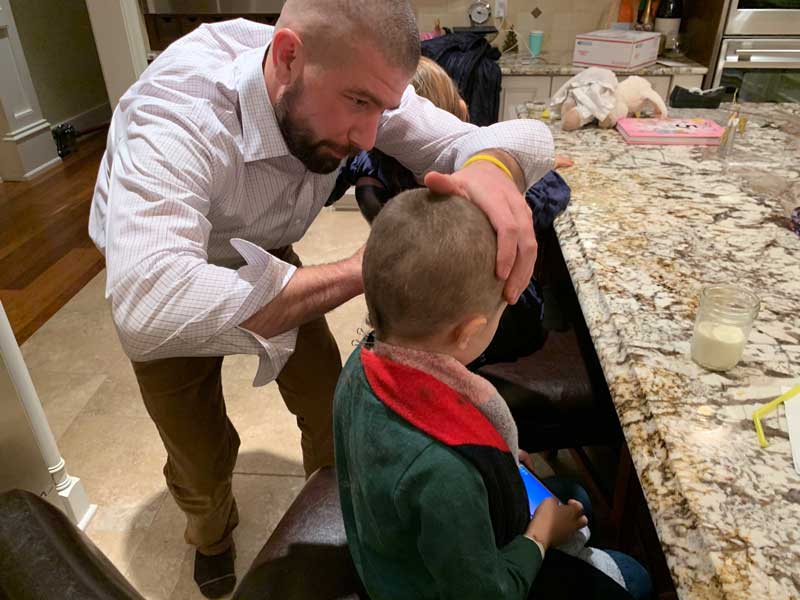 Rally Kid Gus getting his head shaved by dad Tim 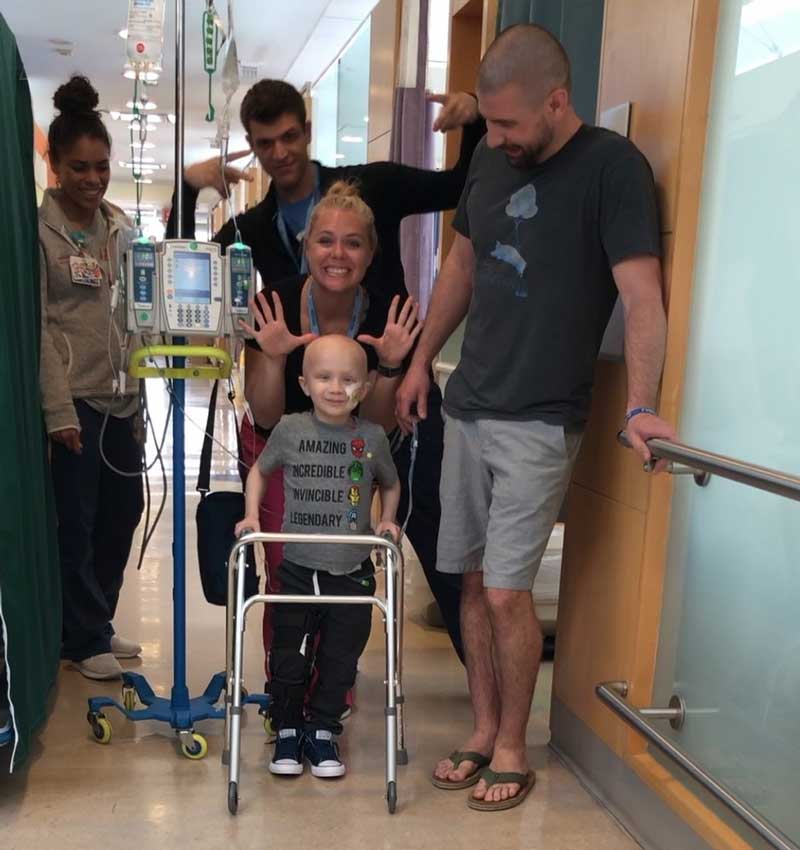 Rally Kid Gus during treatment at the hospital

I could go on and on about the horrors of the treatment Gus endured: scary nights when our son’s heart was beating so fast it seemed as though he was having a heart attack… or beating so slowly that he was unresponsive; the endless needle pokes for blood and platelet transfusions; the horrific bowel movement issues; learning to walk with a leg that was four inches shorter; living in a city one thousand miles from home; leaving Gus’ sister for long stretches of time. The whole thing was grueling and heartbreaking.

You know what else was heartbreaking? Finding out that nothing has changed in 32 years. We still have the same lousy treatment plan for our kids using the same lousy drugs that they were using 32 years ago.

On top of that, kids who relapse have a less than a 30% chance of making it five years. When Ian Lang, a teenager we met fighting Ewing’s relapsed, I couldn’t just sit back and do nothing. 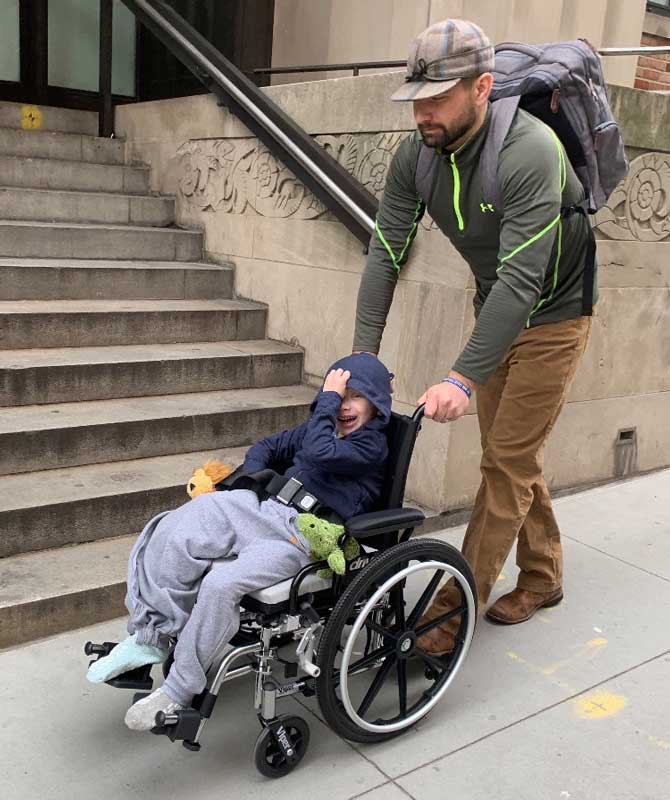 Rally Kid Gus being pushed in a wheelchair by dad Tim

I discussed an outside of the box idea with a researcher, which resulted in an early bench study for relapsed Ewing’s. I named this study SISU, which means GRIT in Finnish. If there is one thing these kids have, it is SISU—grit!

I also want to see how we can expedite clinical trials for kids battling cancer.

There have been many attempts to incentivize the pharmaceutical companies to focus on pediatric cancer, and while things are changing, there is still more to be done.

Families are hungry for answers and willing to take risks, because if they don’t, their child may not make it.

Often, when parents ask to try a new drug or an alternative method, they are told that these options are “experimental with no clinical evidence.” Yet, with the survival rate of relapsed Ewing’s Sarcoma, any treatment is experimental!

In addition to survival, we also want to fight the long-term effects of the toxic treatments currently in use. We continue to put these beautiful kids through hell only to have them live with terrible, life-threatening, and sometimes debilitating long-term side-effects.

Sometimes I just want to shout, “Does anyone care?!” Even if I know that isn’t true, every cancer parent that I have talked to feels this way at one point or another. 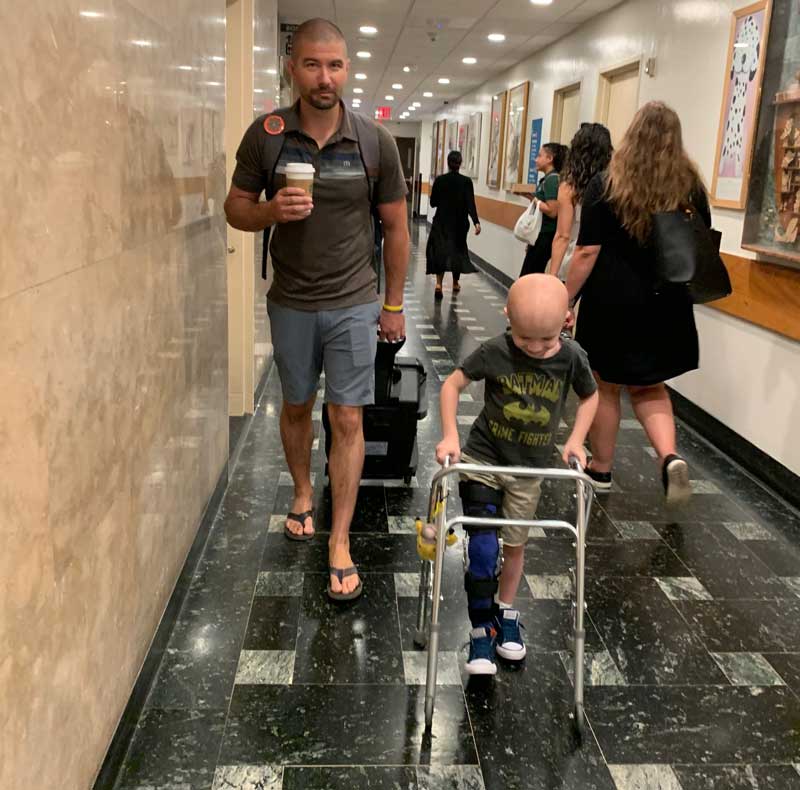 I know there are people and organizations like Rally that care very deeply. For that I am so grateful, and together we will do more to make a difference for Gus and all kids fighting cancer.

FIGHT CHILDHOOD CANCER WITH US or DONATE NOW

Read more about Tim and Gus’ journey in the third installment coming soon! To read the first of this three part series, click here.