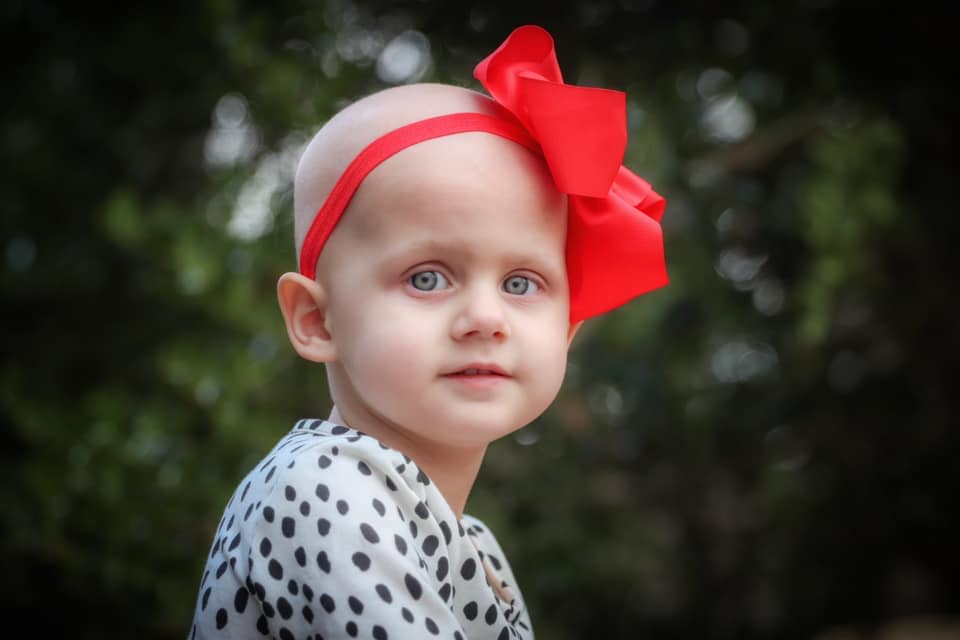 Neuroblastoma is a type of tumor that forms in the immature nerve cells, or neuroblasts, of children. Neuroblasts begin developing in the fetus and, once the child is born, most of those cells develop normally. However, when they develop atypically, the neuroblasts become cancerous and result in neuroblastoma.

Neuroblastoma tumors typically develop in the adrenal glands but can also appear anywhere a group of nerve cells exists—the abdomen, chest, neck and around the spine are also common areas where cancer could develop.

Neuroblastoma most often affects children under the age of five and rarely occurs in older children. It accounts for approximately 7-10 percent of childhood cancers. Neuroblastoma is slightly more common in boys than in girls

Signs and Symptoms of Neuroblastoma

There are a host of symptoms of neuroblastoma that can vary greatly, depending on where the tumor is located in the body.

“Neuroblastoma is known as the ‘great imitator’ since it can appear to be so many different diseases,” explained Rally-funded Researcher Dr. Adam Durbin, previously at Dana-Farber Cancer Institute and Boston Children’s Hospital, and now an Assistant Member and Staff Physician at St. Jude Children’s Research Hospital. “Commonly, people may notice abdominal swelling or children may complain of pain in the abdomen that does not seem to relent.”

In the majority of neuroblastoma cases—up to 60 percent—the disease has already metastasized (spread) to lymph nodes or other parts of the body by the time it is diagnosed.

Rally Kid Addi had been a healthy child with no history of illness when she woke up with severe side pain. Believing she had appendicitis, Addi’s family rushed her to the hospital where they instead discovered she had a large tumor on her kidney that was wrapped around her adrenal gland. When Addi was diagnosed with neuroblastoma, the cancer had already spread to her skull, arms, hips and a small spot on her lungs.

Dr. Durbin shared: “However, there are many other symptoms of neuroblastoma that may be present only in a subset of children, including excessive sweating, respiratory difficulties, rashes, tiredness/fatigue, a bruise-like effect under the eyes and even strange eye and/or muscle movements.”

Rally Kid Grant was acting unusually and began cringing when picked up, so his parents were concerned he had a broken collar bone or cracked rib. While a subsequent x-ray did not show a break or fracture, it did lead to the discovery of a tumor which had spread from his adrenal gland to his lymph nodes, bones and bone marrow. 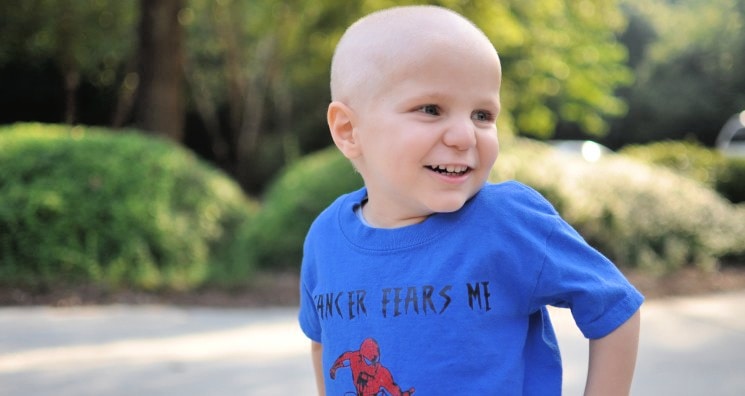 Rally Kid Grant was also diagnosed with stage 4 high-risk neuroblastoma at the age of two.

Neuroblastoma is a challenging disease to treat and could require a combination of chemotherapy, surgery, radiation, immunotherapy and stem cell or bone marrow transplants. The type and amount of treatment needed will depend on the child’s age, stage of cancer and location of the neuroblastoma.

“We have many treatments for this disease, including chemotherapy, surgery, radiation, immunotherapy (using your own immune system to kill the cancer) and bone marrow transplants,” said Dr. Durbin. “However, these treatments have a high level of toxicity. For many patients, the toxicities may be too great, and this sometimes makes us have to stop or change our treatments early.”

Addi had endured several months of treatment—including chemotherapy, surgery and immunotherapy—when her liver began to fail. She spent the next 47 days in the hospital fighting for her life. 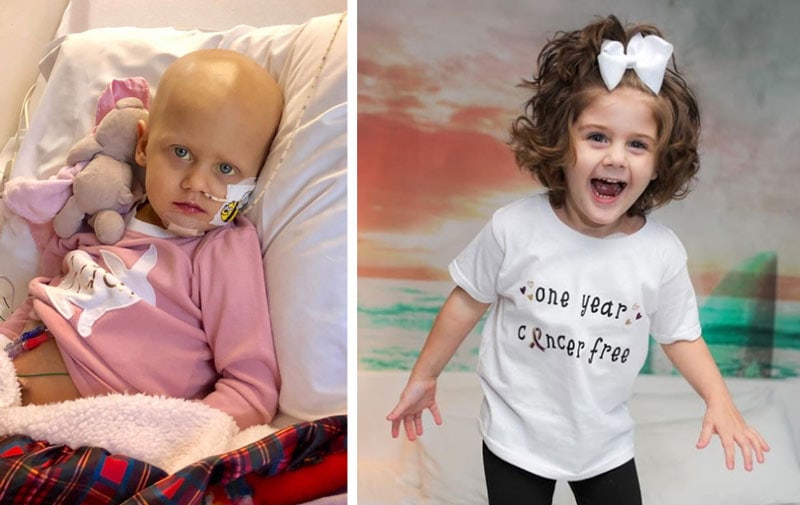 Addi’s family considers her a miracle. She is in remission and determined to stay cancer free.

Dr. Durbin continued, “In some cases, despite our best efforts, the treatments we have are not enough to eliminate the disease. When this happens, and neuroblastoma can’t be eliminated or it comes back, it can be even more challenging to treat.”

Grant underwent almost two years of aggressive treatment including five rounds of chemotherapy, a stem cell transplant, 11 rounds of focal radiation, two rounds of high dose MIBG radiation and seven rounds of immunotherapy. He would beat back the cancer, but it would always return.

Dr. Durbin encourages any family of a patient with neuroblastoma to stop and take a deep breath. “It is overwhelming to hear that your child has neuroblastoma, and for many people, this is a completely new world that they are being cruelly thrust into,” he said. “Childhood cancer is not fair. But neuroblastoma is not caused by anything anyone did, and there is really nothing that could have been done to prevent it.”

“I would recommend having frank and open discussions with their child’s oncologist, oncology team and primary care doctor. It’s really important that families understand that their pediatric oncologist is there to support them and that no question or issue is off-limits. It takes a long time to treat neuroblastoma, but families should know that their oncologist and oncology team are there to support the patient and family through whatever comes.”

In regard to survival rates of neuroblastoma, infants typically have a better prognosis and are more likely to remain cancer-free after treatment. For low-risk patients, the five-year survival rate is about 95 percent. Moderate risk is between 80-90 percent, and high-risk drops to about 60 percent.

The treatment a child receives for neuroblastoma depends on their risk group, which is determined by age, tumor characteristics and the extent to which the disease has spread. More detailed information about neuroblastoma risk groups may be found on the National Cancer Institute’s website.

Thankfully, there have been a number of newer advancements in the treatment of neuroblastoma. The two biggest recent advancements have been the use of immunotherapy, a method that uses the immune system of a patient to battle cancer, and the use of a medicine more commonly used to treat acne.

“Accutane is a common medicine used to treat acne, but many years’ worth of work has indicated that it has good anti-neuroblastoma effects,” Dr. Durbin shared. “Both of these advancements are the result of years, decades even, of work by scientists in the laboratory studying neuroblastoma and then medical doctors working to see if these treatments will work in patients.” 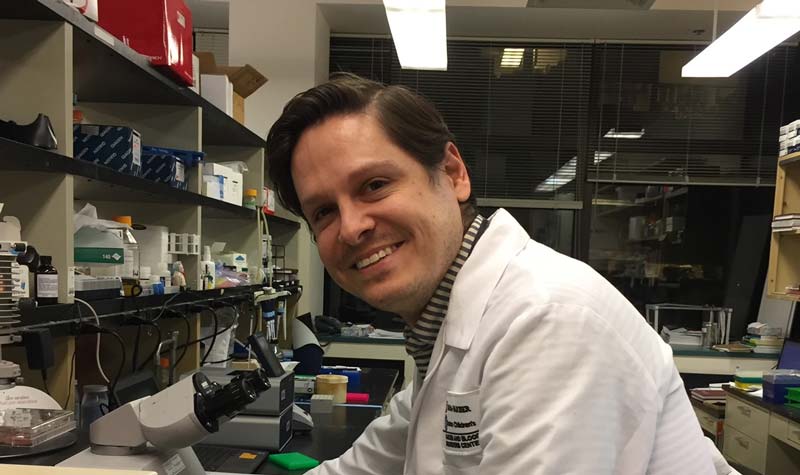 “However, recently, there has been an explosion in the amount of scientific research on neuroblastoma. More people than ever before are studying this disease, using new, cutting-edge techniques to find out more about the disease than we ever knew before. Even though the pace of discovery and translation of these findings to patients may not always be predictable, I hope that all these recent exciting scientific discoveries about neuroblastoma will lead to new treatments for this disease that improve outcomes and reduce toxicity to patients.”

Join the Fight Against Neuroblastoma

Great progress has been made in the fight against neuroblastoma, but there is still much work to be done.

“We have a long way to go with childhood solid tumors. Unfortunately, the best ways we know how to manage many childhood solid tumors, including neuroblastoma, may include treatments with chemotherapy, radiation, bone marrow transplant, immunotherapy and surgery—all of which are difficult for patients to tolerate and have a lot of toxicities,” said Dr. Durbin. “I have always wanted to help this fundamental problem by studying pediatric solid tumors, in order to improve how effective our treatments are, and limit the toxicities that they cause.” 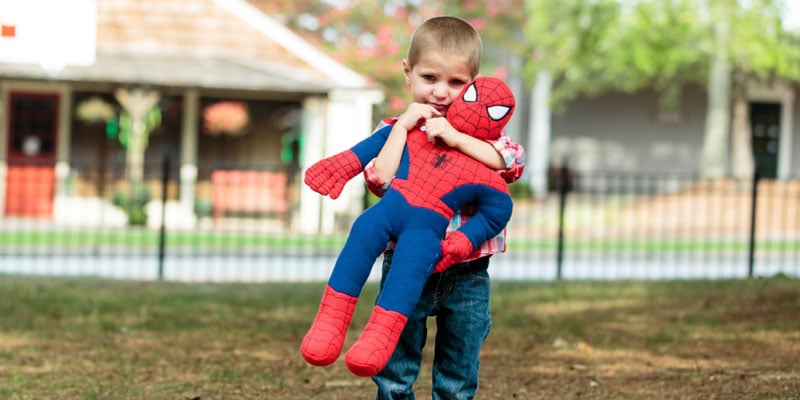 After two years of aggressive treatment, the side effects became too much for Grant’s little body. He passed away on March 28, 2016.

At Rally Foundation for Childhood Cancer Research, we fund the best and most promising childhood cancer research in hopes of finding better treatments with less harmful side effects, and one day, a cure. Help us, along with researchers like Dr. Durbin, achieve this goal by supporting our cause. Please consider making a donation to neuroblastoma research in honor of kids like Addi and in memory of kids like Grant.