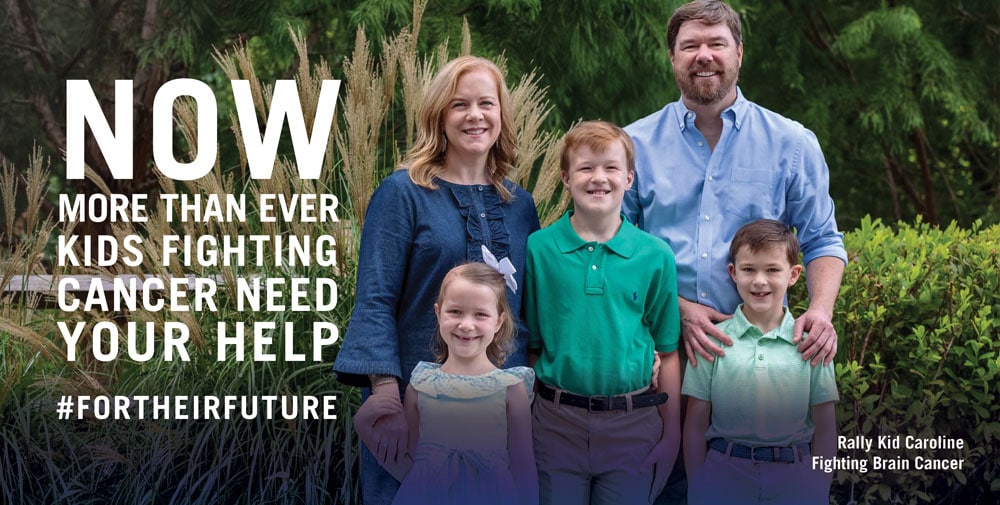 The bracelets are made of rainbow beads and strings, one says “Warrior” and the other says “Courage”, fortifying her arms like Wonder Woman’s golden cuffs. These bracelets remind her to be strong and courageous as she fights cancer for the fifth time.

Diagnosed with brain cancer for the first time at the age of 3, Caroline has grown up in the cancer world. She’s been a Rally Kid since her journey began.

Cycles of chemotherapy, pokes and scans, remission to relapse is all she’s ever known. 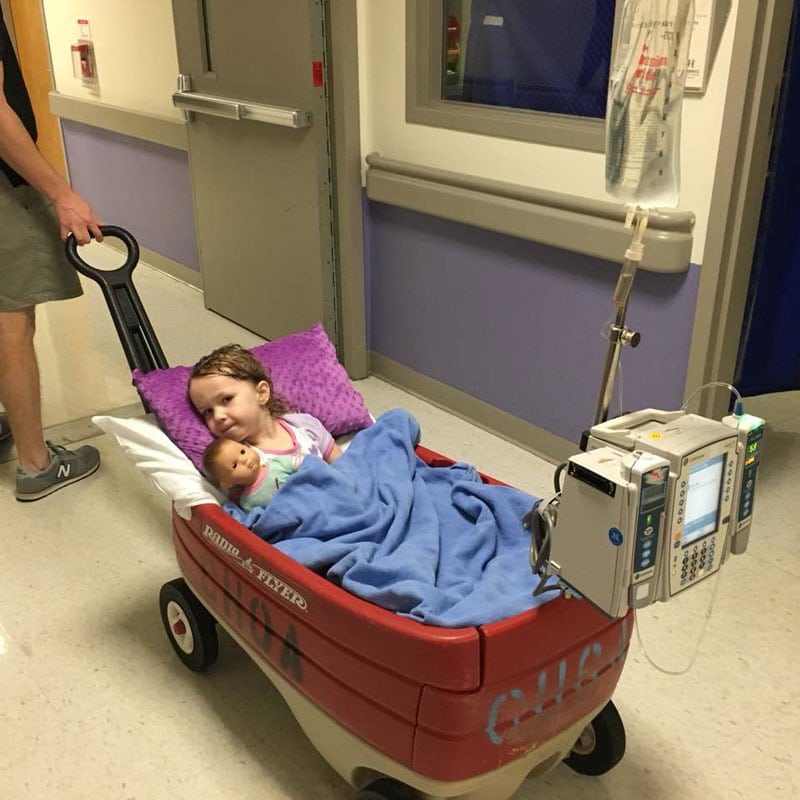 Outside of treatment she acts like a normal 7-year-old because she’s never known anything different. Caroline is quick to laugh, quick to tease and quick to create mischief at home. Her oldest brother, Will, succinctly describes her as wild, and her other brother, Jack, joins her antics, chasing her around their Atlanta home with a “Darksaber” before she can steal it back from him. 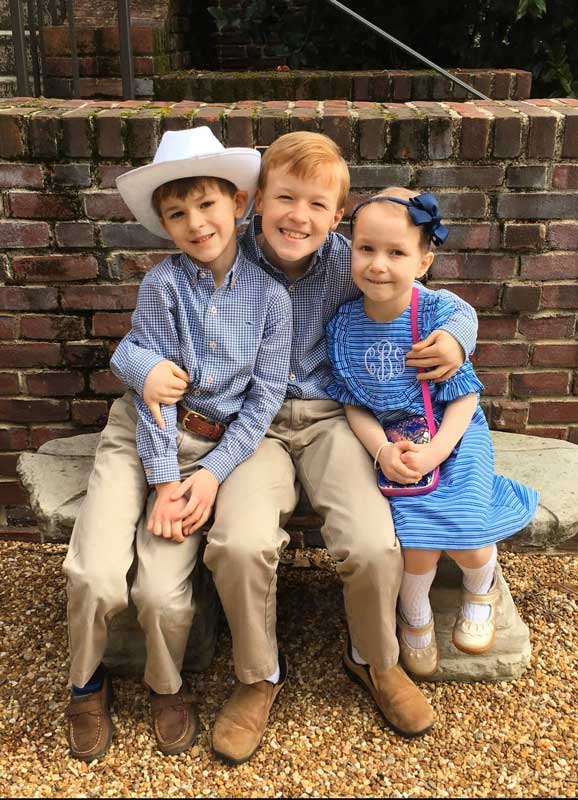 Rally Kid Caroline with her brothers, Jack (left) and Will (right).

Her battle began in 2017, after her parents noticed Caroline’s unusually shaky 3-year-old hands.  Her parents, Matt and Jamie, took Caroline into their pediatrician to rule out anything unusual.

A MRI revealed a tumor the size of a softball on her brain.

Due to the location and intensity of the surgery, her doctor warned her parents that she likely would be paralyzed on her left side and blind in both eyes. That is, if she survived the surgery.

Eight hours later, they were stunned speechless to see Caroline sitting up in bed, waving to them shouting “Hi Mom! Hi Dad!” The surgery, miraculously, had no severe side effects and Caroline returned to her happy and spunky 3-year-old self.

Since her diagnosis, Caroline has endured four brain surgeries, 90 radiation treatments, participated in three clinical trials and spent at least 56 nights in the hospital. At 7-years-old, she speaks of all of this as nonchalantly and casually as she does when telling you her favorite thing to eat for dinner. This is, simply, her normal. 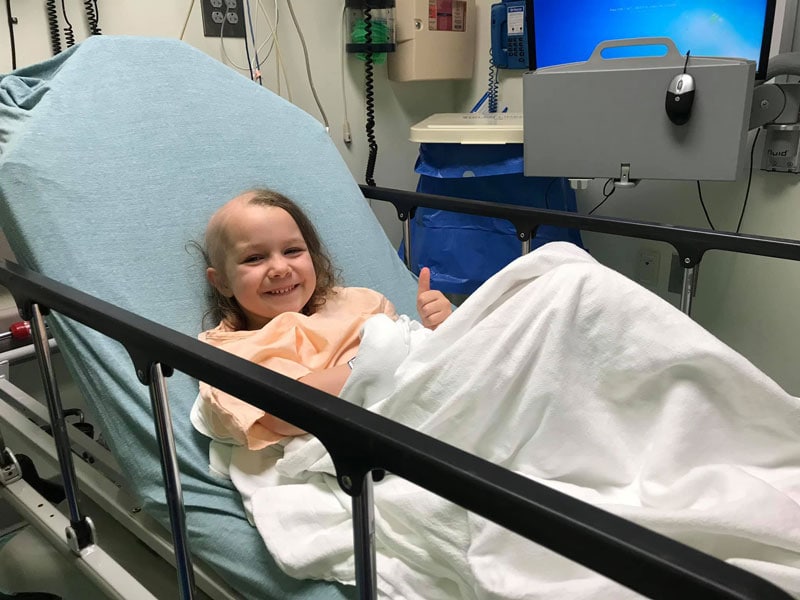 Rally Kid Caroline in the hospital

Unfortunately, just a few weeks ago, Caroline relapsed for the fifth time with a new brain tumor. She now prepares for another battle of intensive treatments, risky trials and more hair loss.

“It’s been four tumors so far and it keeps coming back. But in between, she does so well. She’s vivacious and never runs out of energy,” Rally Dad Matt says about his daughter. “Every time we think it’s bad, she bounces back.”

As Caroline prepares to fight cancer for the fifth time, her family knows that research for new treatments must grow faster than Caroline’s tumors. “I see great things coming,” Rally Mom Jamie says. “We just hope the research comes to fruition.”

Rally Kid Caroline at the beach