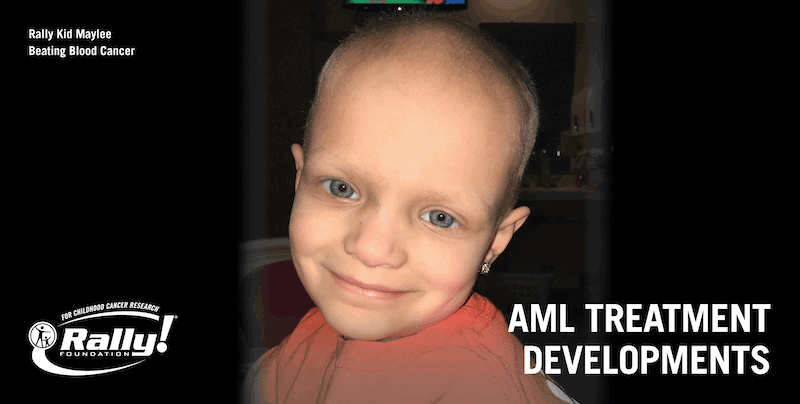 Rally Foundation for Childhood Cancer Research is excited to announce new developments in the treatment of childhood acute myeloid leukemia (AML) emerging from research in the Meshinchi laboratory at the Fred Hutchinson Cancer Research Center (Fred Hutch) in Seattle.

Such immunotherapies, including Chimeric Antigen Receptor (CAR) T-cell immunotherapy, have been successful in the treatment of acute lymphoblastic leukemia (ALL).

Identification of such targets for AML has been more challenging because many of the targets found on AML cancer cells are also found on normal blood cells.  However, the Meshinchi Lab recently completed the largest ever target discovery in AML, revealing new targets for immunotherapies against both pediatric and adult AML.

Dr. Soheil Meshinchi collaborated with Dr. Katherine Tarlock, a pediatric oncologist at Seattle Children’s Hospital and Assistant Professor of Pediatrics at the University of Washington.

The presence of MSLN on the cell surface means it is a promising target for immunotherapeutic intervention, and in their study, the MSLN-directed anticancer drugs successfully eliminated the targeted AML cells in culture and extended survival in a preclinical mouse leukemia model.

Dr. Meshinchi stated, “We are excited about developing therapies against these novel, AML-restricted targets.”  He goes on to explain how AML has traditionally been treated with non-targeted therapies, such as chemotherapy which targets all cells, including healthy cells.

Because ADCs target only cancer cells and spare otherwise healthy normal cells, patients might be spared from some of the undesirable side effects often accompanied by broad-spectrum chemotherapies.

Dr. Meshinchi emphasizes that “The holy grail of cancer is finding targets that are expressed on the cancer cells, but not on normal tissues, allowing precise and effective treatment with no side effects. We believe that we have identified such targets, with MSLN being one of a library of many targets in AML.”

Dr. Tarlock and Dr. Meshinchi’s study and findings bring tremendous hope to families fighting AML. We so thankful for our supporters who believe in our mission to find better treatments with fewer long-term side effects and, ultimately, a cure. Together we are making a difference for kids fighting cancer.