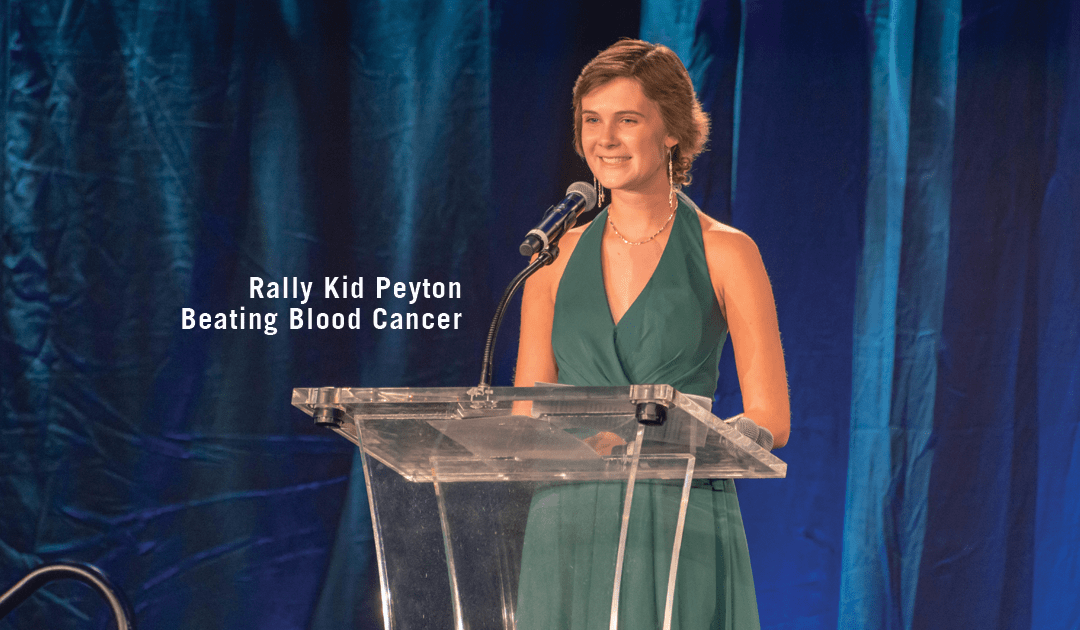 17-year-old Rally Kid Peyton is a force to be reckoned with. Described by her father as a “fierce competitor,” this driven student and athlete was never going to let a cancer diagnosis dull her competitive spirit.

That spirit shone bright at this year’s Delta Double Play Benefit Bash, where Peyton gave a moving, heartfelt speech about her journey with cancer and the Rally-funded treatment that helped save her life.

Peyton’s journey started about two years ago, when she was diagnosed with an extremely rare form of cancer known as mixed phenotype acute leukemia. After nearly 10 months of hospital stays, numerous rounds of chemo and radiation, a relapse, months of eating through a feeding tube, a “slim to none” prognosis, and two bone marrow transplants later, Peyton beat the odds and was declared cancer-free.

“My journey has shaped me into a person that I’m proud to be,” Peyton noted in her speech. “I believe that this is all just a small piece of God’s plan for me. I believe there is hope ahead and if we stand united to fight this battle against childhood cancer, we….can….win…but we must fund childhood cancer research. We need research so that kids don’t have to be afraid of not having a future. So that kids can dream big, set goals and achieve them. And so that kids can just be kids.”

After Peyton’s relapse, doctors decided to try CAR-T therapy, an immunology treatment with significantly fewer side effects that Rally helped fund research for. Thankfully, Peyton responded beautifully to this form of treatment.

“Funding research is the only chance we have at a future,” she continued. “I’m speaking for kids like myself, who are beating cancer, kids like Brecklynn who are still fighting cancer, and kids like Grace who lost their lives to childhood cancer. I know that your generous donations to Rally make a huge difference. Without your generous financial support, I would not be standing here tonight. I stand before you as living proof…that together you and I and researchers with God’s help will one day give all kids fighting cancer a long, bright future.”

You can help kids like Peyton by funding lifesaving childhood cancer research. Give, for their future: