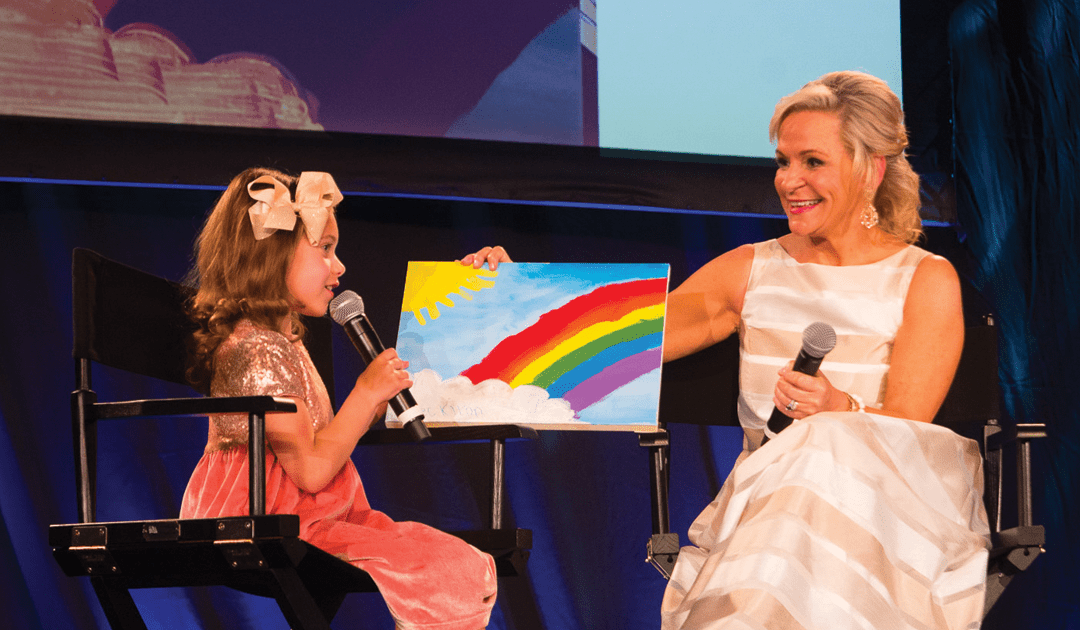 Brecklynn’s staggering medical journey started about three years ago, when she was diagnosed with a rare form of childhood cancer called pleuropulmonary blastoma, a type of solid tumor cancer. Her case is extremely rare, with less than 40 documented cases of PPB spreading.

Despite the surgeries and treatments, Brecklynn and her family strive to remain positive while fighting for a cure. At this this year’s annual Delta Double Play Benefit Bash, Brecklynn sat down for a Q&A with Rally Founder and CEO, Dean Crowe, where she talked about her love of arts and crafts and her bravery during treatment.

With her cancer in a stable place, Brecklynn no longer needs chemotherapy. Instead, she goes to the hospital once a month for checkups.

“Tell about what you do when you go to the hospital?” Dean asks.

“Get my blood checked from my arm.” says Brecklynn, matter-of-fact.

“Do they put a big needle in your arm?”

“They say the big kids cry more than the little kids!” Brecklynn smiles.

“You are SO brave!” Dean exclaims.

So brave, indeed. Brecklynn and Dean concluded their interview by auctioning off two rainbow paintings created by Brecklynn herself. The paintings sold for $9,000 each, benefiting childhood cancer research.

Watch the full video of Brecklynn’s interview with Dean here:

You can help kids like Brecklynn by funding lifesaving childhood cancer research. Give, for their future: