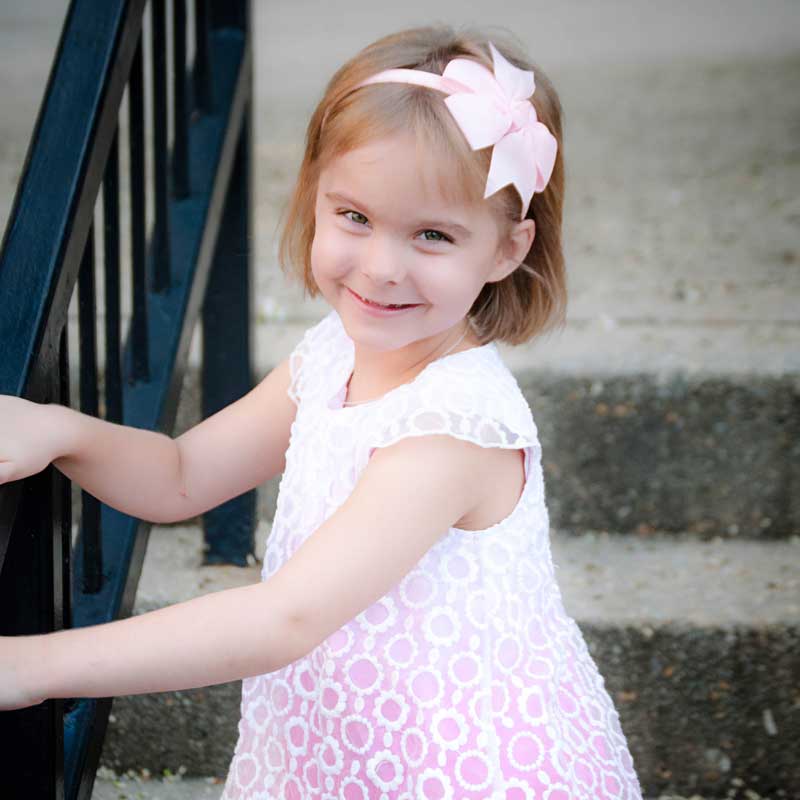 During the spring of 2016, Liliana’s parents noticed that she was becoming weak — often, she would ask to be carried the short distance from their driveway to the front door. While still upbeat and generally happy, she was not as active during normal play time with her older sister. She also developed a slight limp without any known traumatic injury.

These symptoms, combined with several spontaneous nosebleeds, prompted parents Jeff and Lisa to take Liliana to the pediatrician. An urgent trip to the ER followed, where an on-call oncologist speculated that Liliana had a blood disease, possibly cancer. The next day, May 3, 2016, they received the official diagnosis: Liliana had acute lymphoblastic leukemia (ALL). ALL is a type of blood cancer in which the bone marrow makes too many immature white blood cells known as lymphocytes. It is also the most common type of cancer in children.

Immediately following her diagnosis, Liliana underwent many tests, including a bone marrow biopsy and spinal tap. Shortly after that, a chemo port was inserted and she began receiving chemotherapy treatment. The first month of treatment was extremely difficult for Liliana. Her regimen involved new drugs that were given weekly or sometimes daily in several different ways: through the port in her chest, in her spine or by mouth. The first phase included twice-daily steroids, which according to her mom, completely changed her physically and emotionally.

Liliana progressed through the protocol “like a champ” and did not complain — even when the meds caused horrible side effects. She also adjusted to having a bald head with little concern of how people would react to her appearance. “As a GA born girl, we called her our ‘Peach’ when some fuzz began to appear,” Lisa shared.

The second year into treatment, Liliana began to have more issues with her skin — rashes and infections due to her suppressed immune system. The family had to take several trips to Urgent Care and the ER because of fevers and skin abscesses.

Several months into her maintenance phase, the oncologists realized that Liliana’s liver was being harmed — more severely than normal — by chemotherapy. They discovered that her body metabolizes medications differently, causing severe hepatitis and gallbladder issues. Because of this, Liliana now has portal hypertension and liver fibrosis — both issues that are more commonly seen in adults with cirrhosis. There is also a possibility that she will need to have her gallbladder removed at some point in the future.

Jaxon was diagnosed with Lymphoblastic ... END_OF_DOCUMENT_TOKEN_TO_BE_REPLACED 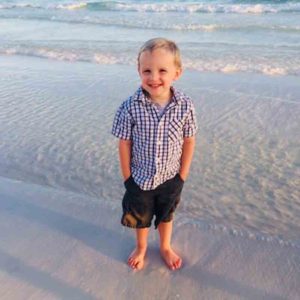 Aleks had been running multiple fevers and ... END_OF_DOCUMENT_TOKEN_TO_BE_REPLACED 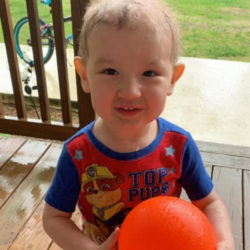 In November 2019, two-year-old Elijah was ... END_OF_DOCUMENT_TOKEN_TO_BE_REPLACED